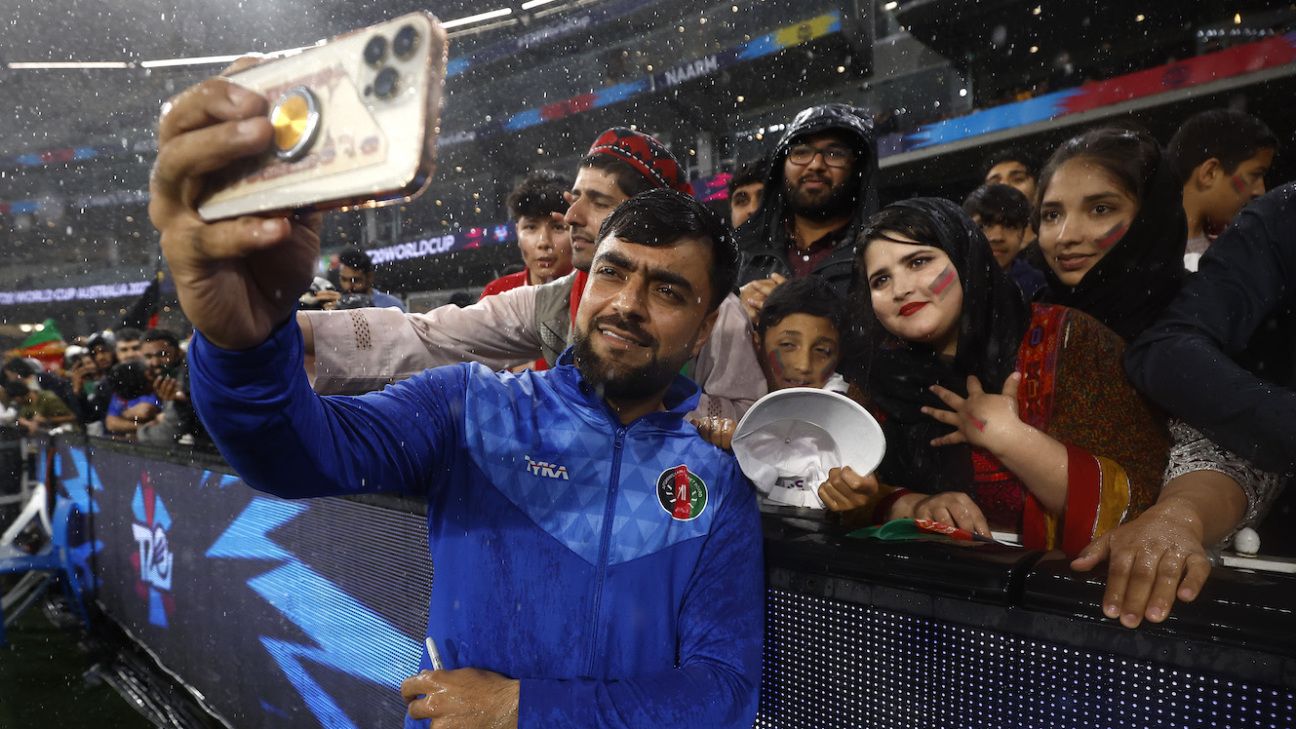 On geographical terms, Afghanistan and Ireland are perhaps two of the most peculiar rivals across cricket, but the intensity of this rivalry was borne out of a battle for Associate supremacy throughout the 2010s before both sides were elevated to Test status in 2017. Whether locked in a virtual dead heat in that era, or joined at the hip in the time since then as the fresh faces of the Full-Member society, these two sides know each other better than most at this tournament.

Ireland and Afghanistan faced off in three consecutive tournament finals at the Men’s T20 World Cup Qualifier in 2010, 2012 and 2013, of which the men in green won the latter two. Those are part of the 23 times these sides have met before in the format since their first encounter in 2010. Remarkably though, this will be the first time they face off in a T20 World Cup proper.
Barring those back-to-back wins in the finals of the qualifier, Afghanistan have dominated the rivalry, thanks in large part to Ireland’s inability to negotiate Rashid Khan. But the tide shifted this past summer in Belfast when Ireland took a five-match series by a 3-2 margin. Rashid only took one wicket in the three matches that Ireland won, highlighting a simple equation that has often determined the fate of the result over the years. Rashid takes wickets – Afghanistan wins. Ireland sees him off – Ireland wins.

For most of his career, Ireland captain Andy Balbirnie batted at No. 3. But since Kevin O’Brien was dropped following Ireland’s disastrous performance in the 2021 T20 World Cup in the UAE, Balbirnie has moved himself into the opening role and has justified the decision by doubling his prior career tally of four T20I half-centuries. The most recent of those came against England at the MCG, and he also served as a catalyst for the opening round win over West Indies that took them into the Super 12s with 37 off 23 balls.

Rahmanullah Gurbaz was the best six-hitter in the Asia Cup, clearing the ropes on 12 occasions to make 152 runs at a strike rate of 163. It might take that kind of muscle to clear the ropes at the MCG. He was also one of only three players to score a half-century for Afghanistan during the five-match series held in Belfast in August.
Rashid Khan vs Ireland batters could be a key contest at the MCG•ICC via Getty Images

George Dockrell has recovered from Covid-19 – he played anyway against England and Sri Lanka after testing positive – and should be fine to go against Afghanistan. It’s unlikely Ireland will change the winning combination that saw them beat England at the same ground.

The MCG has favored seamers in this tournament and historically favors chasing sides with 10 out of 16 men’s T20I matches won by the team batting second. The decision to chase may be even more enhanced by the forecast for Friday. Following the rain that halted England’s chase against Ireland and forced Afghanistan’s match against New Zealand to be washed out entirely, an 80% chance of showers is forecast from 8 am until 8 pm on Friday.

“I’ve seen a lot of rain in my time playing cricket, and I’ve never been happier to see that rain come down when it did.”
Ireland captain Andy Balbirnie on the ending to their win over England at the MCG.

“We’re not just here to participate but here to win matches. We’ve got players and a squad that can do that.”
Afghanistan coach Jonathan Trott on their approach to this year’s tournament.
Tags: Afghanistan, Afghanistan vs Ireland, ICC Men's T20 World Cup, Ireland