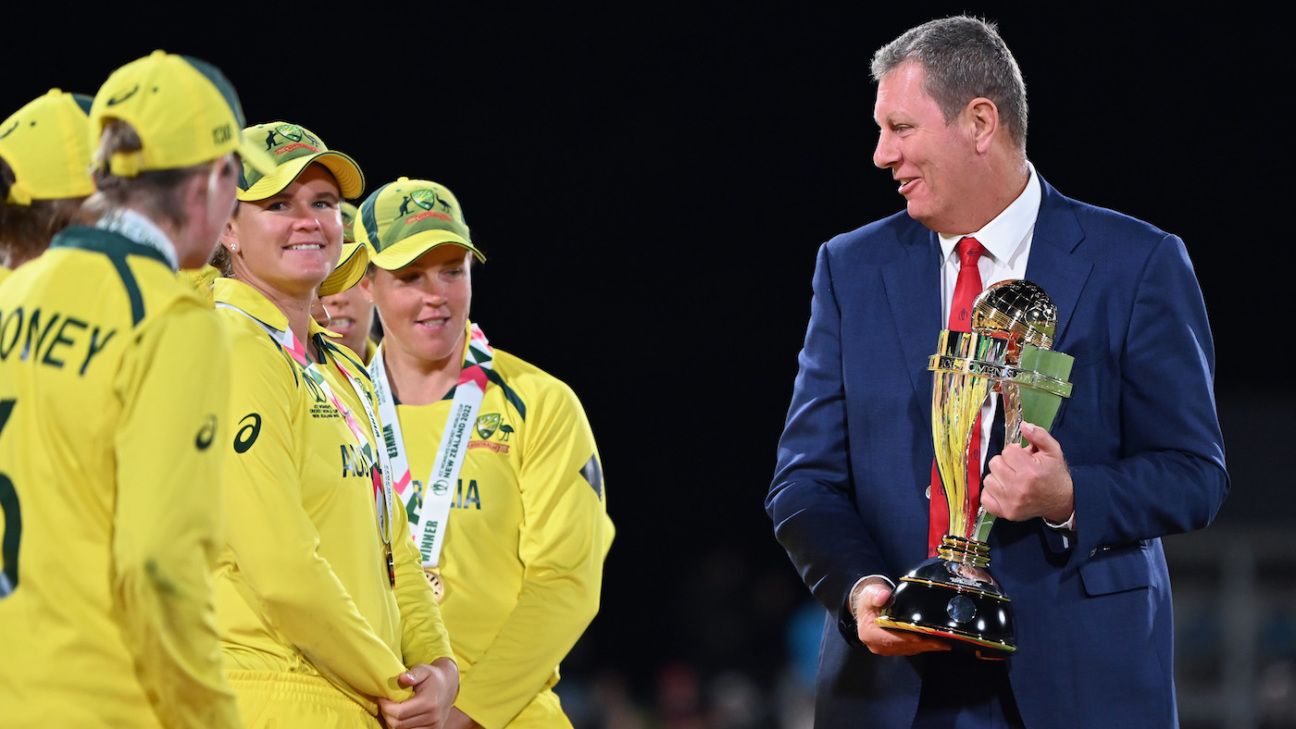 The stage could be set for ICC chair Greg Barclay and his deputy Imran Khwaja to once again contest the leadership of the sport’s global governing body, but it remains unclear if the latter will make a run after a bruising defeat two years ago.
ESPNcricinfo has learned that Khwaja, a veteran board director and long-time Associate chair, will be nominated for the chair election to be held during the ICC’s meetings next month in Melbourne. The ICC chair election will be held during the ICC’s meetings next month in Melbourne scheduled immediately after the semi-finals of the ongoing men’s T20 World Cup. It could not be confirmed whether any other candidates will enter the fray as the deadline for filing nominations closed on Thursday (1700 Dubai time).
It is, however, unknown if Khwaja will accept the nomination after falling short against Barclay in the last election in late 2020. Then, acting ICC chair Khwaja had his support diminished during two rounds of voting as Barclay prevailed 11-5 after receiving influential support from the Board of Control for Cricket in India. In the first round Barclay had secured 10 votes while Khwaja had half-a-dozen members on ICC Board voting in his favour. However, as per the election process at the time, a clear winner needed a two-thirds majority, which Barclay secured after Cricket South Africa voted for him in the second round.
If Imran Khwaja contests the election, he will strive to be the first ICC chair from outside the Full Member nations•ICC via Getty
This time though the ICC has modified its constitution and stated that a simple majority will be enough during the chairman elections. As per the election procedure, the candidate has to be proposed by a member on the ICC Board and once the person decides to contest, a second board director needs to be support the nomination.
The influence of the BCCI remains vital once again for both candidates. ESPNcricinfo has learned that while the BCCI has decided not to field its own candidate in the ICC chair elections, it is keeping its options open.
In July, Barclay publicly expressed his desire to continue for a second term. “I am available for re-election if members want,” Barclay told mediapersons immediately after the ICC’s annual general meeting in Birmingham.
Having retained popularity through the Associates while sitting on numerous ICC committees and helming the working group tasked with looking into the issue of women’s cricket in Afghanistan, Khwaja remains a prominent figure. It is understood the Singaporean’s backers believe he can still triumph without the all-powerful BCCI endorsement, having apparently strong support in Asia and Africa. But he would need nine votes to prevail. If he does put his hand up, Khwaja would be striving to be the first ICC chair from outside the Full Member nations.
With additional reporting from Nagraj Gollapudi
Tags: Greg Barclay