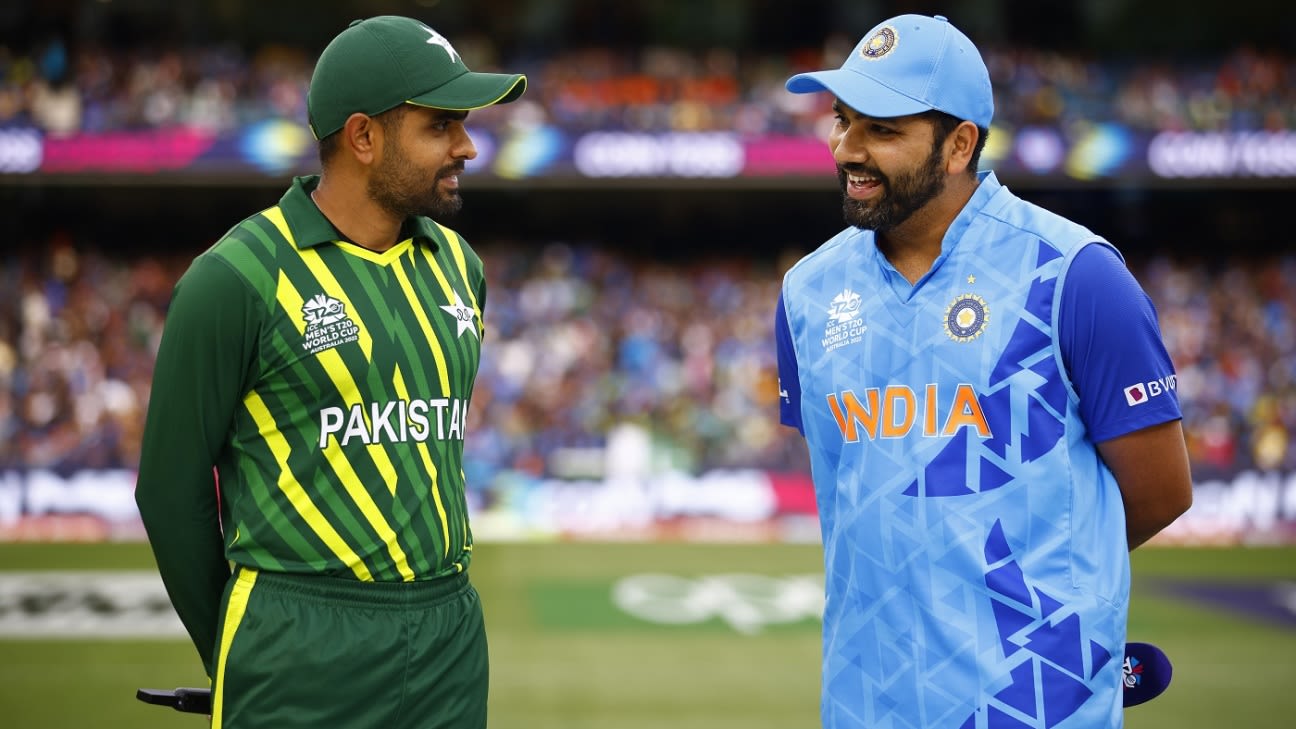 The teams from group 2 in the T20 World Cup have only played two matches each, but with upsets and rain in the air, there is plenty at stake in each of the remaining matches. Here is a look at how the teams stack up in the race for the two semi-final spots.
Pakistan
Played: 2, Points: 0, Rem matches: vs Neth, SA, Ban
Pakistan have suffered two last-ball defeats, and while that has ensured their net run rate hasn’t been dented much, they still have nothing to show in the points column. They could still finish among the top two if they win their remaining games and finish on six points, but for that to happen other results will have to their way. For instance, if South Africa beat India and Netherlands, and India beat Bangladesh and Zimbabwe, both South Africa and India will finish on more than six points, and knock out Pakistan.
India
Played: 2, Points: 4, Rem matches: vs SA, Ban, Zim
India are sitting pretty with two wins, but their job is only half done. To be assured of qualification, they will need two more wins, and a total of eight points. They could get there with six points as well, but for that to happen other results will have to go their way.
Bangladesh
Played: 2, Points: 2, Rem matches: vs Zim, Ind, Pak
The huge defeat against South Africa has set them back a bit, but Bangladesh could be in the hunt for a top-two finish if they win two of their three remaining games and finish on six points. They will want to start with the Zimbabwe game on Sunday, because if they lose that, they’ll have to beat India and Pakistan and even then they’ll have to hope for other results to go their way to make it all the way to the semis.
Pakistan will need a little help from India to stay on track at the T20 World Cup•Getty Images/ICC
South Africa
Played: 2, Points: 3, Rem matches: vs Ind, Pak, Neth
South Africa dropped a point against Zimbabwe due to the weather, and they also have two tough games coming up, against India and Pakistan. If they lose those two games and beat Netherlands, then five points probably won’t be enough for qualification. A win against one of those two Asian giants, though, will give them a very good chance of qualification, though it is possible that Zimbabwe also finish on seven, with India topping the group.
Zimbabwe
Played: 2, Points: 3, Rem matches: vs Ban, Neth, Ind
Zimbabwe’s outstanding win against Pakistan has put them in the qualification mix, but to get to seven points they will need to beat at least one of Bangladesh or India (and also beat Netherlands). It is extremely unlikely that they will qualify with only five points.
Netherlands
Played: 2, Points: 0, Rem matches: vs Pak, Zim, SA
Netherlands will need to win their last three games and hope for other results to go in their favour, to have any chance of qualifying.
Tags: Bangladesh, Bangladesh vs Zimbabwe, ICC Men's T20 World Cup, India, India vs South Africa, Netherlands, Netherlands vs Pakistan, Pakistan, South Africa, Zimbabwe