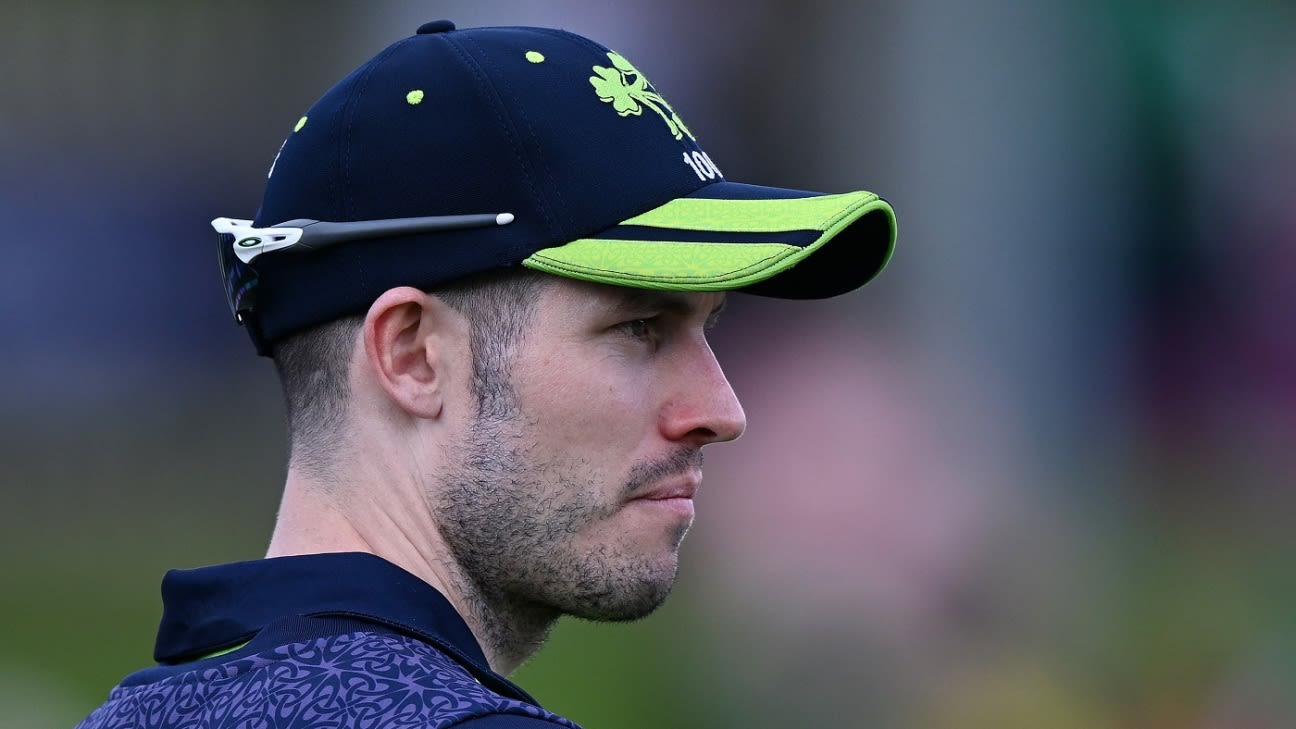 Ireland allrounder George Dockrell took part in the T20 World Cup Super 12 match against Sri Lanka on Sunday despite testing positive for Covid-19.
In a release, Cricket Ireland said Dockrell has been identified as “potentially positive” and is being “managed in line with current local, national and ICC guidelines”. According to the release, Dockrell’s symptoms are very mild, and a medical staff in the team will manage his movements and interactions in line with tournament and current government protocols. Cricket Ireland has also notified the ICC chief medical officer, the opposition team and stadium staff.
Dockrell walked in to bat at No. 6 in the 11th over of the match following Curtis Campher’s dismissal. He made a 16-ball 14 before being bowled by Maheesh Theekshana.
According to ICC’s playing conditions, the Biosafety Advisory Group (BSAG) will be the final arbiter as to the Covid status of any player and his consequential availability to participate in a match.
A positive Covid-19 test does not impede Dockrell’s ability to play or train, but he will travel separately from the squad on match and training days to keep away from the rest of the squad.
In August, Australia women’s allrounder Tahlia McGrath took part in the Commonwealth Games gold-medal match against India despite testing positive. It was the first case in international cricket where a player known to have Covid-19 took part in a match.
Tags: George Dockrell, ICC Men's T20 World Cup, Ireland, Ireland vs Sri Lanka