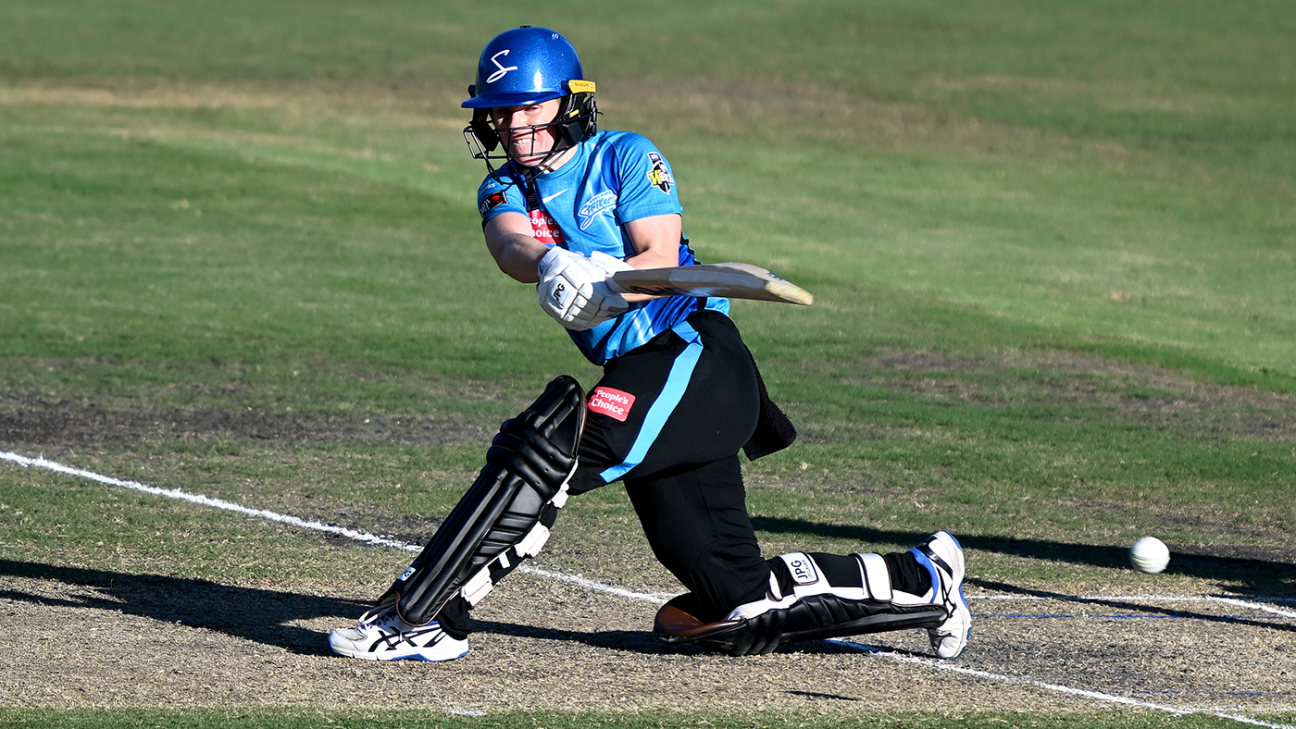 Adelaide Strikers 4 or 112 (Mack 47*) beat Perth Scorchers 5 for 111 by six wickets
Adelaide Strikers recovered from a mini-innings stumble to beat Perth Scorchers by six wickets and exact some revenge for their loss to the Scorchers in last season’s WBBL final.
Strikers were cruising at 0 for 51 at Allan Border Field in Brisbane on Friday. But young Scorchers spinner Lilly Mills struck with three wickets, including the prized scalp of Strikers captain Tahlia McGrath for a duck, in 11 balls to put Scorchers back in the contest.
But a nerveless unbeaten 47 from opener Katie Mack guided Adelaide to an important win with nine balls remaining.
Strikers’ fourth victory of the tournament lifts them to second on the ladder, overtaking Scorchers.
Mack received solid support from Madeline Penna (32 not out), with the pair putting on an unbeaten 52-run stand for the fifth wicket to close out the match.
Earlier, Strikers never allowed Scorchers to build their innings with quick Darcie Brown (2-18) and spinner Amanda-Jade Wellington (2-13) on fire with the ball.
Australia star Beth Mooney (34) was the pick of Scorchers’ batters, while Amy Edgar hit an unbeaten 27.
Strikers are next in action on Wednesday for a clash with Melbourne Stars, while Scorchers face a short turnaround before their match against Brisbane Heat on Saturday evening.
Tags: Adelaide Strikers Women, Amanda-Jade Wellington, Darcie Brown, Katie Mack, Perth Scorchers Women, Scorchers vs Strikers, WBBL