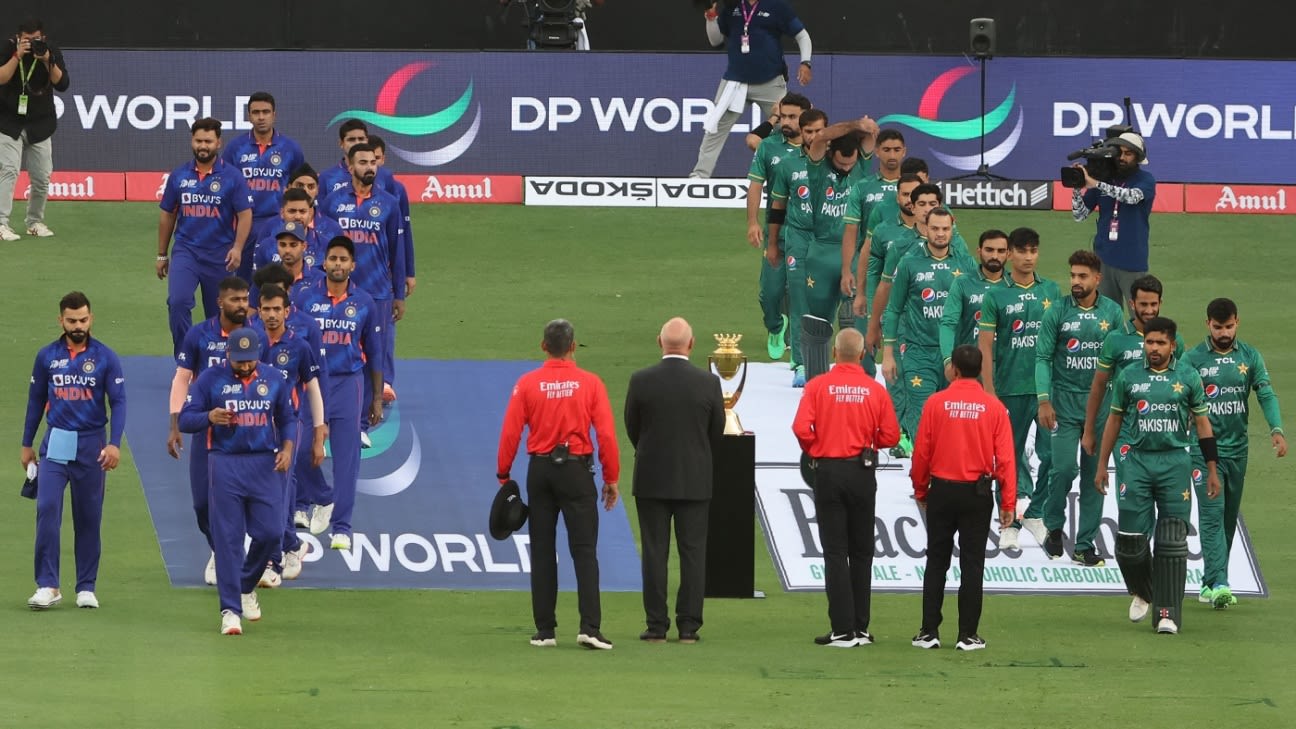 India’s sports minister Anurag Thakur said on Thursday that the country’s home ministry will take a call on the men’s team travelling to Pakistan for the 2023 Asia Cup. Thakur also said he is “expecting” Pakistan to play the 2023 ODI World Cup in India.
His comments come after the BCCI secretary, Jay Shah, who is also the Asian Cricket Council (ACC) president, suggested that next year’s Asia Cup would have to be played somewhere other than Pakistan, given India “can’t go there”. In reply, the PCB had put out a statement saying Shah’s comments were made “unilaterally” and raised the prospect of an “impact” on Pakistan’s participation in the 2023 World Cup.
Related
“All teams who qualify for [the World Cup] are invited [to India],” Thakur told a select gathering of journalists, when asked about the events around Shah’s statement. “Many times Pakistan teams have come to India and played. I feel India is not in a position to be dictated [to] and there is no reason for anyone to do that. I expect all countries to come and compete.”
Later in the day, the newly appointed BCCI president Roger Binny reiterated what Thakur pointed out suggesting the decision about India travelling to Pakistan was not entirely BCCI’s alone but reliant on the Indian government. “That’s not the BCCI’s call,” said Binny. “We have to get clearance from the government. Once we get clearance, we give a go-ahead. We can’t take the decision on our own.”
Asked about India travelling to Pakistan for the Asia Cup, Thakur said, “It’s a decision that will be taken by the home ministry. Overall, players’ safety and security is an important matter.”
It was pointed out that international teams have started touring Pakistan of late, but Thakur deflected the question.
Incidentally, Jay Shah is the son of India’s minister of home affairs, Amit Shah.
Tags: India, Pakistan, Roger Binny