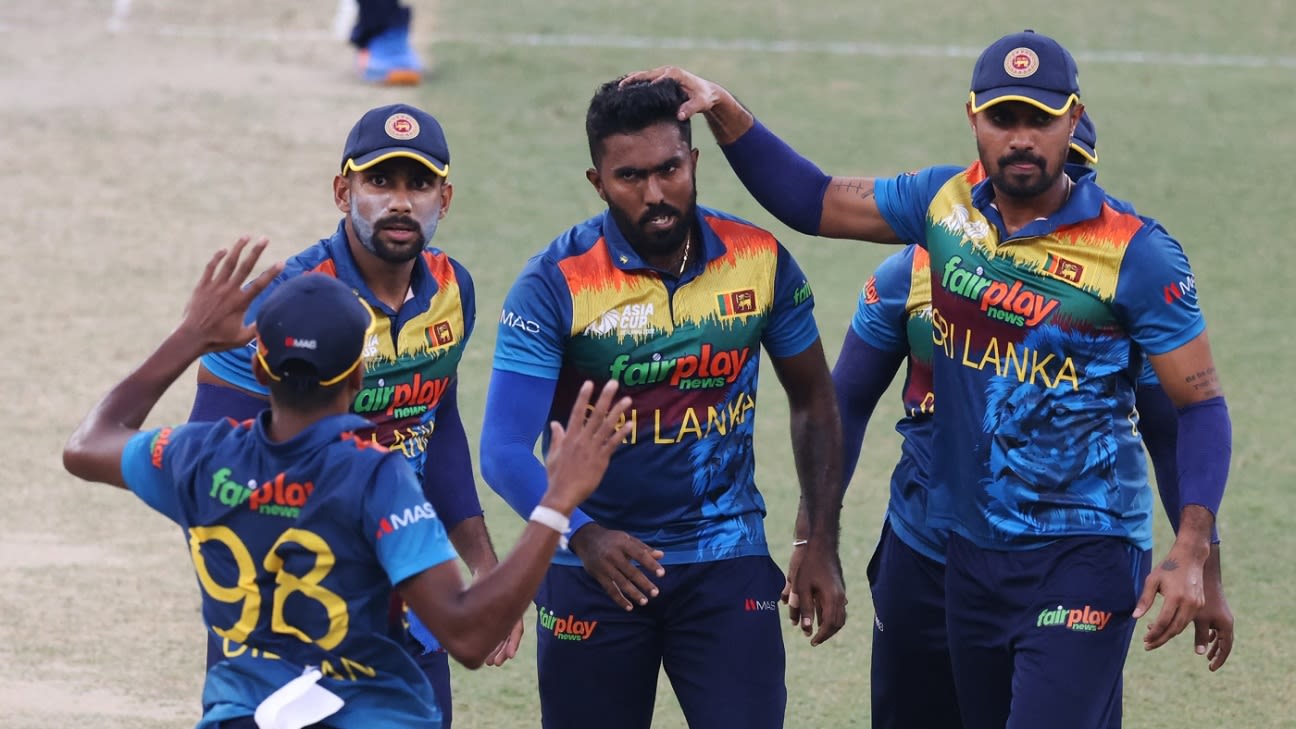 Sri Lanka have replaced the injured Binura Fernando with Asitha Fernando in their Men’s T20 World Cup squad.* Fellow fast bowler Matheesha Pathirana and wicketkeeper-batter Niroshan Dickwella have also been called up as back-up players following a series of injuries in their squad.
Tim McCaskill, head of Sri Lanka Cricket’s high-performance centre, will also travel to Australia with the players.
Related
The decision to draft Asitha in comes after left-arm seamer Binura, who himself came into the squad as a replacement for Dilshan Madushanka, suffered a hamstring injury during Sri Lanka’s loss against Australia. He could only bowl five deliveries in the match before pulling up.
Binura is just the latest Sri Lanka pacer to suffer an injury leading up to and during the T20 World Cup. They had lost left-arm quick Madushanka to a quad injury before the tournament. Their pace spearhead Dushmantha Chameera was then ruled out of the competition after suffering a grade-two tear in the calf of his left foot during the group stage match against UAE on October 18.
Seamer Pramod Madushan also suffered an injury and hasn’t played since the match against UAE although he hasn’t been officially ruled out yet.
In the batting department, they suffered a blow in the form of a hamstring injury to Danushka Gunathilaka during the group stage. Ashen Bandara was called up as Gunathilaka’s replacement, and he had to step in and play in Sri Lanka’s first Super 12 match against Ireland in place of Pathum Nissanka, who was rested due to groin injury.
Sri Lanka have so far beaten Ireland and lost to Australia in the Super 12s stage. Their next match is against New Zealand on Saturday at the SCG.
*The copy was updated after the ICC confirmed Binura Fernando had been replaced in the squad.
Tags: Asitha Fernando, Binura Fernando, ICC Men's T20 World Cup, Matheesha Pathirana, Niroshan Dickwella, Sri Lanka