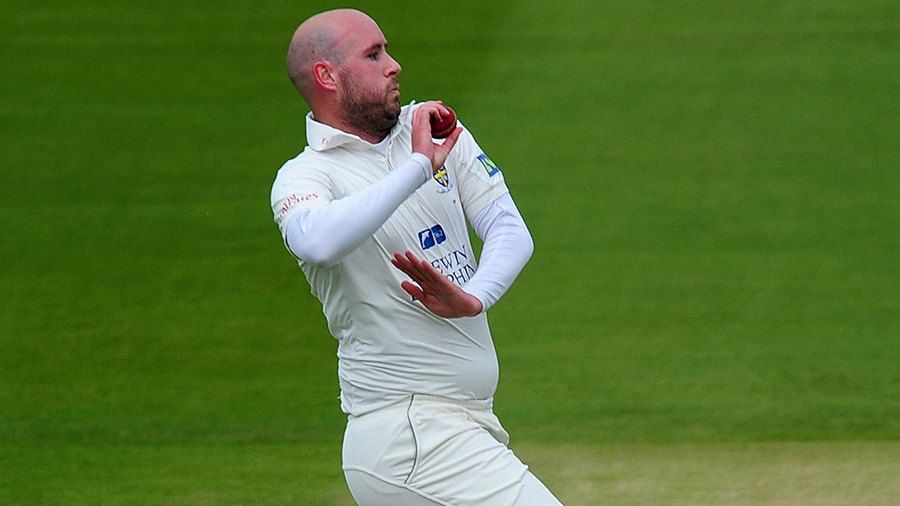 Chris Rushworth, Durham’s all-time leading wicket-taker, has left the club with immediate effect due to “personal circumstances”.
Rushworth, 36, played a key role in the 2013 County Championship triumph with 54 wickets at 22.26, and helped to lift the Royal London Cup the following season. Against Worcestershire in May 2021, he cemented his place in the club’s history with his 528th first-class wicket, as he went past the mark set by his former team-mate, Graham Onions.
He picked up a further 34 wickets at 27.35 in the season just gone, his 12th with the club, to take his overall tally to 603 at 22.61. In addition to that, he has claimed 140 List A wickets and 78 T20 wickets for Durham, whom he helped to reach T20 finals day in 2016 and another Royal London Cup Final in 2021.
He stuck with the club after their receipt of an ECB bail-out in 2016 led to their relegation and subsequent points deduction, but now – in a decision that Durham said they had “reluctantly agreed to” but “fully understand” – he will be seeking new opportunities for the 2023 season.
“My decision to leave Durham was far from easy, made after lengthy consideration,” Rushworth said in a statement. “But I have to state, that this decision has been made for personal reasons alone and not cricketing reasons. For that reason, I give a heartfelt thank you to Tim [Bostock], Marcus [North] and the club for allowing me to leave.
“Durham is, and has always been my club, and that will continue to be the case in the future. I’ve been incredibly lucky and I’m very proud to have been able to represent the club for so long, and the memories I’ve made playing for Durham will last forever.”
Sir Ian Botham, Durham’s chairman, said: “Chris is one of the best seam bowlers to grace the game in this country and to have him playing at Durham, his home county, for all these years has been an absolute privilege.
“Both on and off the field he has shown an incredible amount of commitment to Durham and his work ethic for the county he loves can be seen by everyone. “It will be strange not seeing Chris out there bowling with the new ball in hand, but on behalf of myself and everyone at Durham Cricket, I would like to wish him the very best in his new chapter.”
Bostock, Durham’s chief executive, added: “It’s a sad day when someone as prominent as Chris Rushworth moves on but we completely respect and understand his reasons for a fresh start.
“Chris has been a fantastic mentor to our young group of players and will remain in the history books forever. Chris will always be regarded as one of the greatest Durham players and we wish him every success for the future, he is welcome back here any time he wishes.”
North, the director of cricket, said: “Chris is a club legend, and his career is an example to all young cricketers of what you can achieve when you combine talent with hard work and perseverance.
“Whilst we are sad to see Chris leave, we understand his circumstances and I would like to thank Chris for his dedication and service to the club. He goes with our best wishes and we look forward to welcoming him back in the future.”
Tags: Chris Rushworth, Durham