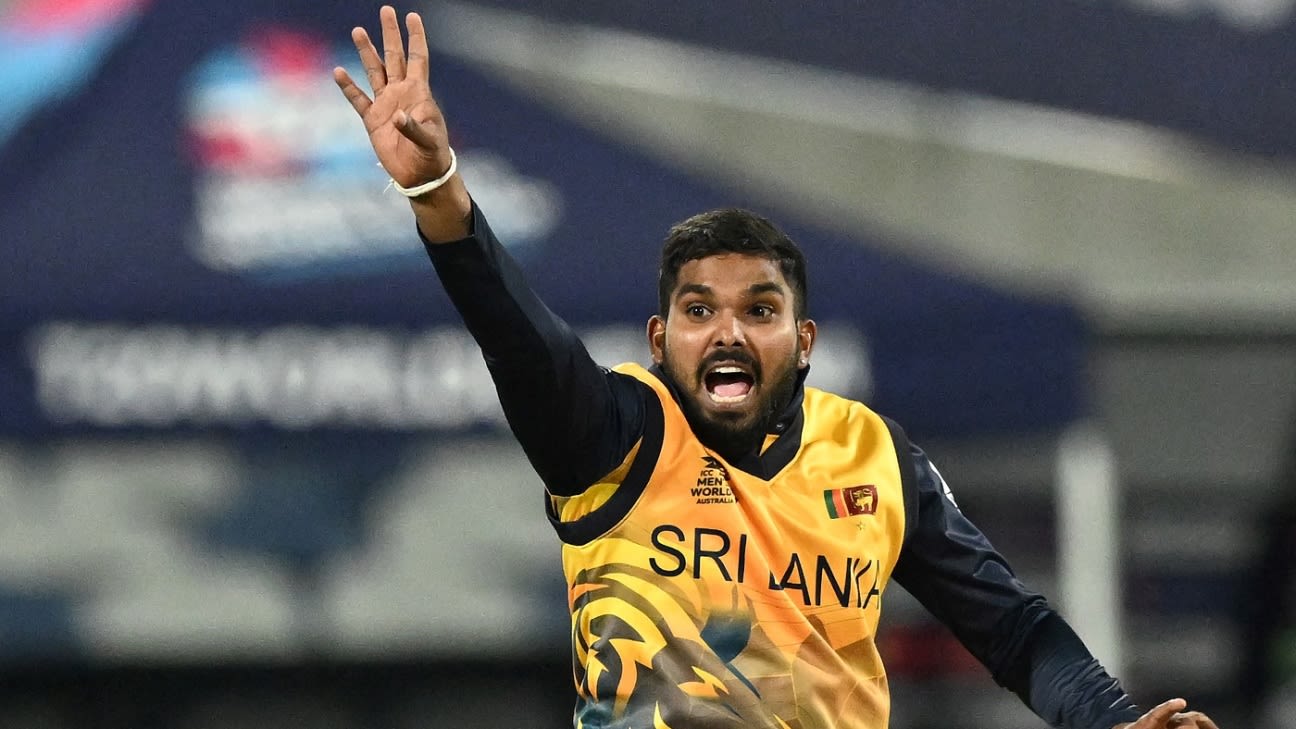 Fatigue-wise, New Zealand have had a kind start to the tournament. They thrashed Australia in Sydney, then took the short flight to Melbourne, where their match against Afghanistan was rained out without a ball being bowled. They’d have preferred to play that match, of course, but they’ve not had to contend with crazy schedules or serious changes in timezone.

Sri Lanka, meanwhile, have been whipped around, and they arrive in Sydney in some disarray. They’d started their campaign in Geelong, in the qualifiers, and have since lost no fewer than three fast bowlers to injury. Then three days after the qualifiers ended, they were playing a match in Hobart. Two days after that they played Australia in Perth. Now they’ve been shot back across the breadth of the continent to Sydney. Within the side, there seems to be a little consternation about their schedule, by the way. Their next match, on Tuesday, is in Brisbane. Then they come back to Sydney.
Related
Sri Lanka tend to find grievance in high-profile assignments, however, but perhaps more importantly, they have a history of weaponising that grievance, to blast their way to good results. Test tours of South Africa in 2019, England in 2014, the T20 World Cup in 2014, and of course the big one – the 1996 World Cup – are some examples. But here they are up against a side that seems much-better drilled, and way more settled than they are.
Out of 13 completed matches this year, New Zealand have lost only three. They have a nuclear top order, good firepower through the middle, and a top-class seam attack for Australian conditions. Sri Lanka, meanwhile, are getting by on top-order runs without the middle order really contributing, and their attack looks more vulnerable following Tuesday’s loss to Australia.
Sri Lanka have to dig deep and find a new gear to overcome their cricketing, and fatigue-related circumstances. New Zealand merely have to build on what they’ve already been doing.

That the likes of Trent Boult, Tim Southee, and Lockie Ferguson are good at turning it on is known, but don’t sleep on Mitchell Santner, who has put up some impressive stats this year. Against Australia, he took 3 for 31 bowling inside the powerplay, and then through the middle overs. In T20Is this year, he has 17 wickets from 12 games, with an economy rate of 6.69.

Wanindu Hasaranga went for 0 for 53 against Australia•ICC via Getty Images
It’s not often that Wanindu Hasaranga gets taken apart, but he clearly was in the last match, going for 0 for 53 from his three overs, as he kept trying to toss the ball up and get Australia’s batters caught in Perth’s big outfield, but failed repeatedly. Perth’s bouncier pitch didn’t quite suit his bowling but Sydney, where Sri Lanka’s spinners have done well in the past, may suit him nicely. It’s rare that he has two bad games in a row.

Thankfully, after two rained-out games on Friday, the forecast looks good in Sydney. This match will be played on a fresh pitch, and the short boundary will be the opposite direction to New Zealand’s first game here. The SCG has generally been the best batting surface so far in the tournament.

Pramod Madushan will likely slot in for Binura Fernando, who was the third Sri Lanka quick to be ruled out of the tournament.

“If it’s a good batting wicket and a fast outfield, the runs are there for taking. We need to go with a different game plan on a pitch like this..”
Sri Lanka assistant coach Naveed Nawaz on needing to adjust to Sydney, having played in three other venues in the past 12 days.

“Feels like it’s been a while since we’ve played, but we’ve had a couple of good trainings in between.”
New Zealand fast bowler Tim Southee on the entirely different kind of challenge that his team faces.
Tags: ICC Men's T20 World Cup, New Zealand, New Zealand vs Sri Lanka, Sri Lanka