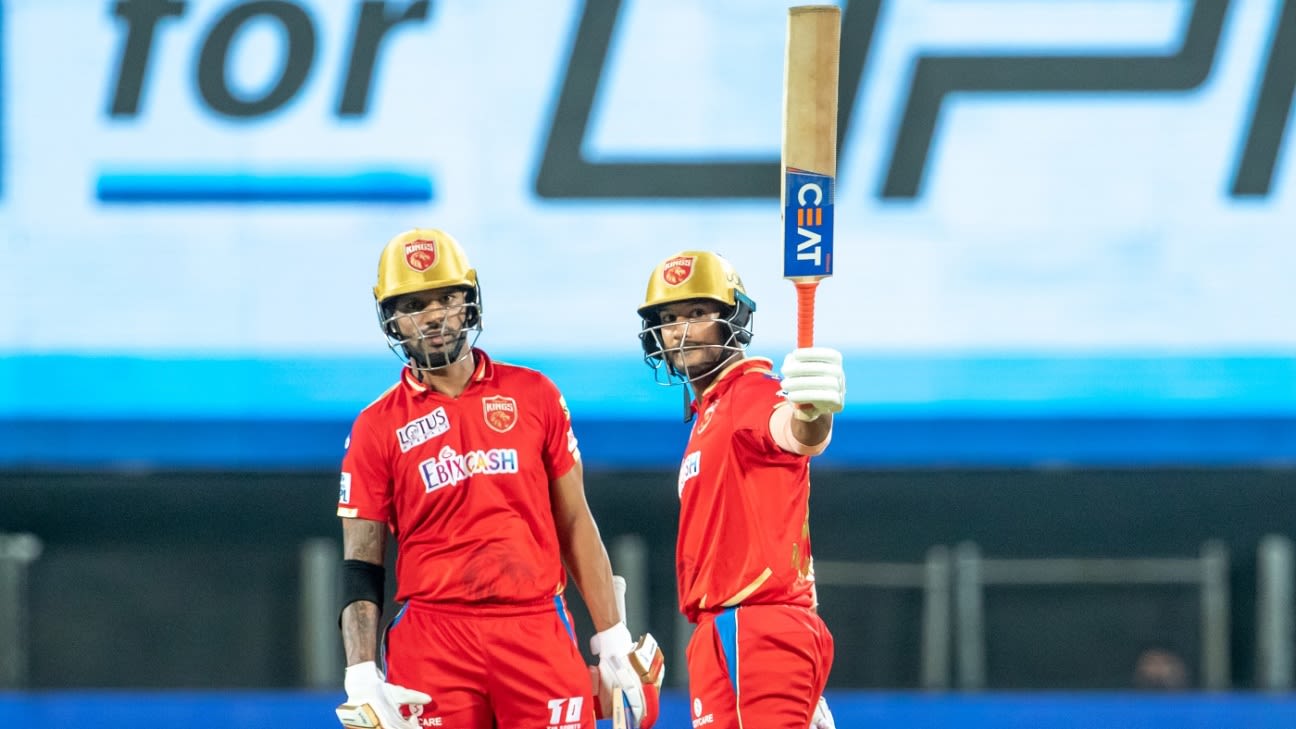 Shikhar Dhawan is set to replace Mayank Agarwal as captain of Punjab Kings from IPL 2023. ESPNcricinfo has learnt that Dhawan’s elevation was approved on Wednesday during a franchise board meeting and was backed by Trevor Bayliss, Kings’ newly appointed head coach.
Dhawan, 36, will take over from Agarwal who was appointed captain just before IPL 2022. Agarwal was one of two players – Arshdeep Singh being the other – who had been retained by Kings ahead of the mega auction, where Dhawan was the first player they bought.
Earlier this year, Kings paid INR 8.25 crore (US$1.1 million approx.) to pick Dhawan, who has been among the most consistent batters since the 2016 IPL. He had a stellar 2020 season where he scored 618 runs at a strike rate of nearly 145 for Delhi Capitals, who had traded him in from Sunrisers Hyderabad. In his first season for Kings, Dhawan scored 460 runs in 14 matches with an average of 38.33 and a strike rate of 122.66.
Agarwal joined the Punjab franchise in 2018 and forged a strong opening pairing with KL Rahul, the captain till last season. His elevation up from the ranks coincided with a dip in form though. Agarwal scored just 196 runs in 13 matches at an average of 16.33. The team didn’t do very well either. Kings ended the season in sixth place. Former India head coach Ravi Shastri, during his stint on ESPNcricinfo’s T20 Time:Out programme, was the first leading voice to suggest that Agarwal needed to be relieved of captaincy.
Dhawan is among the most experienced players in the IPL having been part of it since the inaugural season in 2008. He has also been leading second-string India teams in ODIs, with his next assignment a three-match series in New Zealand. Overall in IPL, Dhawan has been captain in 11 matches (ten at Sunrisers in 2014 and one for Kings last year) with four wins and seven losses.
It remains to be seen whether Kings will retain or release Agarwal. Franchises have until November 15 to submit a list of the players they want to keep ahead of the next IPL. While Kings settled with Agarwal to pay him a salary of INR 12 crore, as per the IPL retention rules, 18 crore was deducted from their overall purse – 14 crore for Agarwal and 4 crore for Arshdeep, who was uncapped at the time.
Tags: India, Mayank Agarwal, Punjab Kings, Shikhar Dhawan