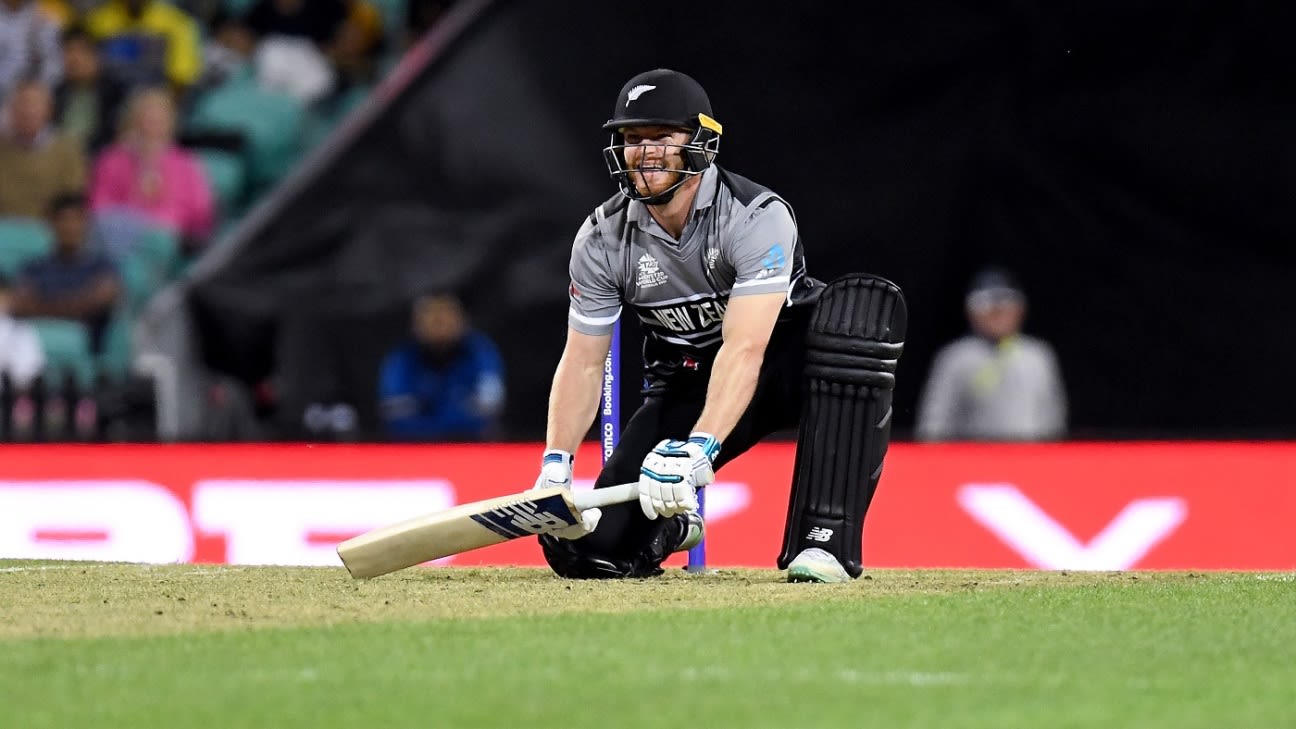 Glenn Phillips’ innovative move to take up a sprinter’s start position at the non-strikers’ end was not pre-planned although he did suggest that it would help him avoid the risk of being run-out backing up which he said was an entirely justifiable dismissal.
Phillips’ running between the wickets was a standout feature of his spectacular hundred against Sri Lanka at the SCG, but it was his position poised low in the crease as though in the starting blocks, rather than the traditional method of watching the bowler run in, that piqued interest – even if he later admitted he had actually got things slightly wrong.
“I guess the position was to be able to see the bowlers and take off as quick as possible,” he said. “From a sprinter’s start when you’re trying not to be out of the crease as much as possible – there’s been a lot going around about Mankads and leaving the crease.
“At the end of the day, it’s my responsibility to make sure that I’m in the crease and leave at the right time. If the bowler is doing his job, then he has the right to be able to take the bails off. For me to be able to get into that start, that position as quick as possible, it just made sense.”
“It was very much spur of the moment. I actually had my three-point start wrong, which my best mate’s going to probably give me a little bit of stick for later on. It’s supposed to be the other arm and other leg.
Related
Phillips was unsure whether his tactic would take off more widely, but felt his natural speed meant he benefited from it despite losing the extra reach that would be gained by the traditional method of having the bat behind the crease.
“Maybe some people will use it. Maybe some people won’t,” he said. “Obviously the extension of the bat being in the crease gives you another extra foot or two, but at the end of the day, I’ve got little arms. So my speed is probably going to get me a little bit further than my reach is.”

Looks like Glenn Phillips learnt more than a thing or two from playing for the Jamaica Tallawahs in the home of Usain Bolt and Yohan Blake amongst others.

Team-mate Daryl Mitchell added that the move wouldn’t be for him but praised Phillips’ thinking. “Personally I’m not as fast as Glenn, can’t get out of the blocks as fast as he does,” he said. “So I wouldn’t do it that way. GP is his own man and we love having him and the weird and wonderful things he does. We’re happy for that as long as he keeps performing like that.”
Phillips also lauded Mitchell’s role in their 84-run partnership for the fourth wicket which turned New Zealand’s innings around from 15 for 3.
“For us it wasn’t necessarily about hitting boundaries and forcing sixes because the pitch might not have necessarily required it,” he said. “For us it was the intent running between the wickets we wanted to show we had a bit of a presence especially with Sri Lanka on top at that stage.
“The way Daryl’s mind works, he doesn’t think anything is out of reach. That guy is unbelievable. He believes he’s born for situations that require tough decisions…the momentum and the presence that he brings can switch an innings so quickly.”
Tags: Glenn Phillips, ICC Men's T20 World Cup, New Zealand, New Zealand vs Sri Lanka