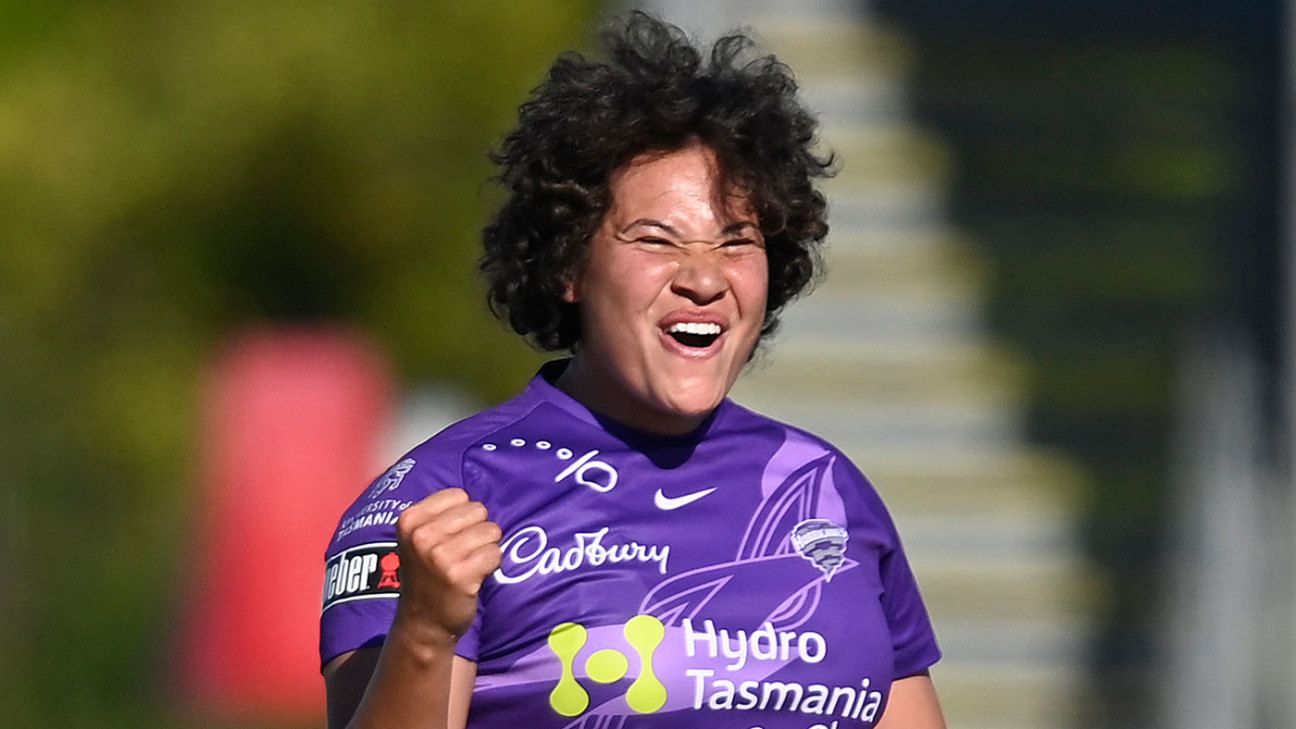 Of all places for a former Australia fast bowler to rediscover their love of cricket, playing second row in country rugby league must be among the most unlikely.
But for Sydney Thunder speedster Belinda Vakarewa, sport without pressure and a life outside of cricket proved the perfect tonic.
“It was just about playing sport for a bit of fun again,” Vakarewa told AAP. “Yeah, we were all competitive. So we wanted to win every week. But overall it was just playing a sport where it was about fun, where we could just enjoy ourselves on and off the field.”
Sydney-raised, Vakarewa played her sole ODI in the 2017 World Cup against Sri Lanka and was part of Australia’s squad until midway through last year.
Related
However the point came amid her third season with Tasmania when she realised cricket had become all encompassing, taking over every aspect of life. The issue came to a head last summer when she became another player to take personal leave, eventually foregoing a contract and moving back to Sydney with no set plans of a return.
“I was living cricket. At training, outside of training,” the 24-year-old said. “And I kind of just lost myself a little bit. I just needed to get out of the state a bit and come home. I missed the lifestyle. I was ready for a change back. I wasn’t sure if I was going to play cricket [after moving back] or not.”
Vakarewa has since taken up casual work, pick-packing in a warehouse for 40 hours a week and fitting limited training around that.
She was also MVP of her Campbelltown rugby league team, playing with her cousin in the run to a grand final. It’s given her a life outside of the cricket, while being able to spend time back among friends she grew up with and her nephews and nieces.
Eventually the Thunder approached, inviting her back to where she began in the WBBL.
“With what happened with me last year with my mental state, I wasn’t sure for a while if I wanted to go back,” Vakarewa said. “But I love the game. Having some time away, I missed it. So that made it a little easier for me to do it again.”
Vakarewa is still undecided if, and when, she will want to return to cricket in a full-time capacity, happy with her current balance
“I’m not too sure. I think I would love to go back to full-time cricket eventually,” she said. “My focus right now is just to get through this Big Bash and see where it goes.”
Tags: Belinda Vakarewa, Sydney Thunder Women, WBBL