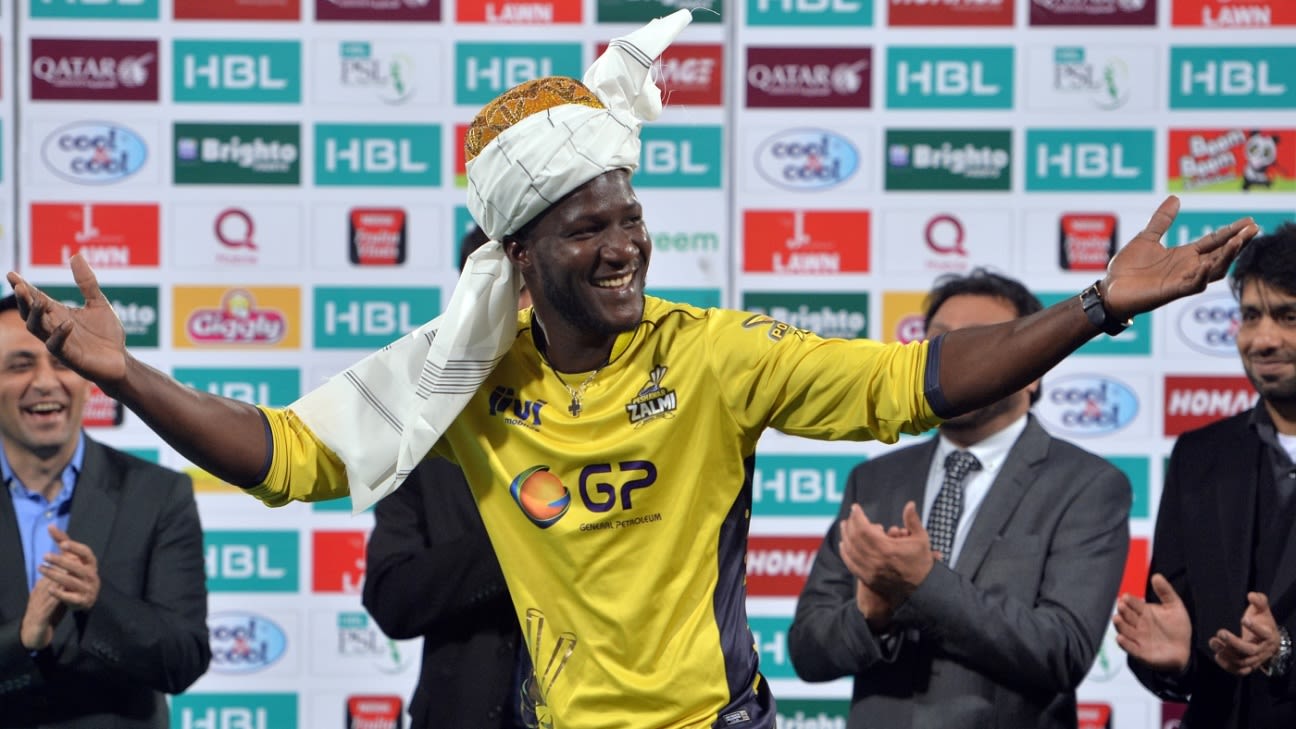 Daren Sammy has been reappointed Peshawar Zalmi’s head coach, taking over from James Foster who was in charge of the side during PSL 2022.
Sammy has been a mainstay for the franchise since PSL’s inception in 2016, and has been one of the more recognisable overseas faces for the league. He started as vice-captain and took over the leadership following Shahid Afridi’s resignation in 2017.
He was an integral part of the team as a player until 2020 when the franchise made a mid-season shuffle by replacing him with Wahab Riaz as full-time captain. Sammy then had a two-year stint as head coach of the team in 2020 and 2021.

Sammy also brings with him the experience of having coached St Lucia Kings in the CPL. In the most recent CPL, Sammy guided Kings to the playoffs, where they lost to eventual champions Jamaica Tallawahs in the Eliminator.
Zalmi had won the title in 2017 and finished runners-up in 2018, 2019 and 2021. In 2022, they lost to Islamabad United in the Eliminator.
After a PSL governing council meeting in September, the PCB announced that the 2023 season of the PSL will start on February 9, and the final will take place on March 19.
Tags: Daren Sammy, James Foster, Pakistan, Peshawar Zalmi