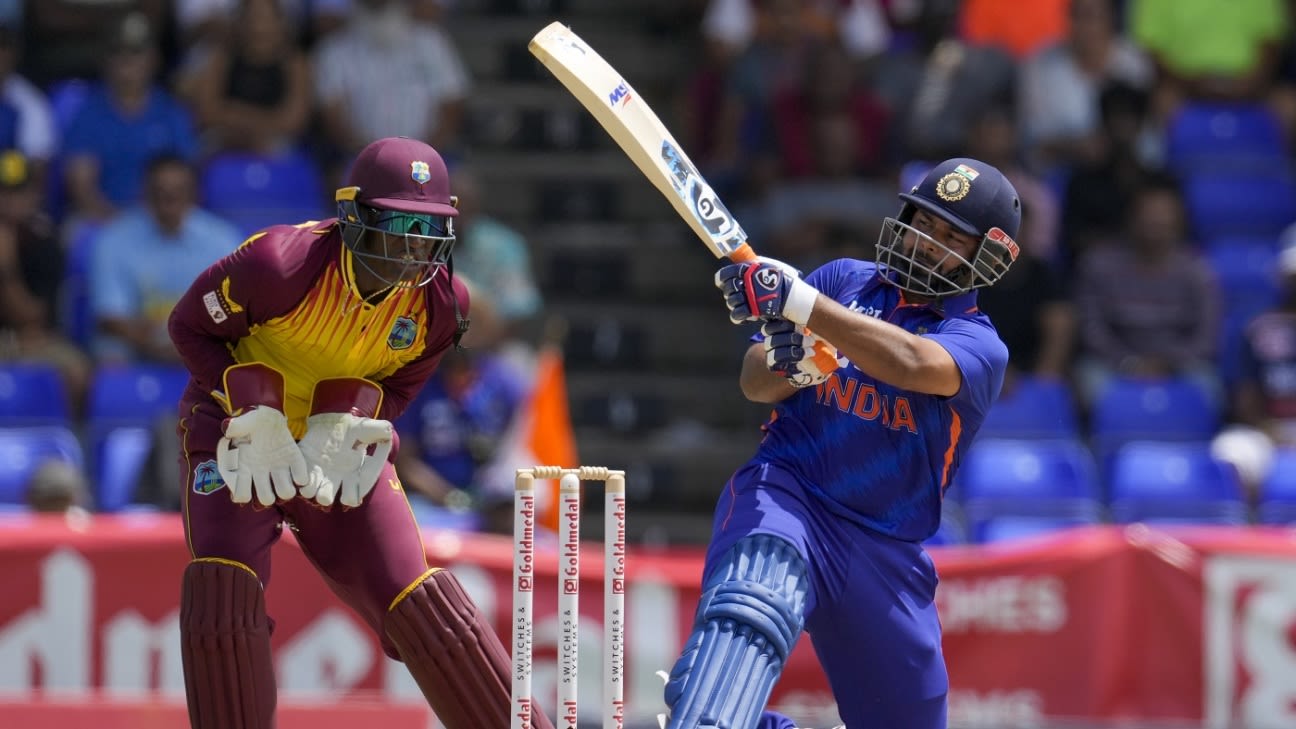 Sachin Tendulkar has stressed on the importance of having a left-hand batter in India’s playing XI at the men’s T20 World Cup, saying that they “add in value” and offer variety.
Speaking to PTI after the Indians’ six-run win over the Australians in a warm-up game in Brisbane, Tendulkar said, “Left-handers without any doubt add in value, and bowlers have to adjust, fielders have to adjust, and if they are able to rotate strike consistently, it is not something that the bowler enjoys.”
Rishabh Pant is the only top-order left-hand batter in India’s squad. Axar Patel is also around, but he is more of a lower-order batter. And in what was a big blow to India’s plans for the tournament, Ravindra Jadeja was ruled out with a knee injury.
In 15 innings since June this year, Pant has averaged only 23 in T20Is, with a highest score of 44. Of late, intense competition in the middle order and a lack of runs from him have led to questions about Pant’s place in India’s T20I side. On three occasions recently – against Pakistan in the Asia Cup, and against Australia in Mohali and Hyderabad – Pant was squeezed out of the XI, as a full-strength India weighed their options.
“Look, I wouldn’t go by just the [top] three. You always play as a unit and one should see what works well,” Tendulkar said. “You can’t go by top two or top three. As a unit, what you have is important and then to figure out whom to send at what position, and also check what is the opposition’s strength.”
Tendulkar also said he was impressed with Arshdeep Singh, who only made his T20I debut this July after building his reputation in the IPL.
“Arshdeep has shown a lot of promise, and he looks a balanced guy. And whatever I have seen of him, he looks a committed fellow because you can see a player, you can make out looking at his mindset,” Tendulkar said. “What I really like is that if Arshdeep has a plan, he commits to it, and that is really, really important in this format as batters are going out and playing those extra shots, and some innovative ones. So if you have a plan, commit to it.”
Tags: ICC Men's T20 World Cup, India, Rishabh Pant, Sachin Tendulkar