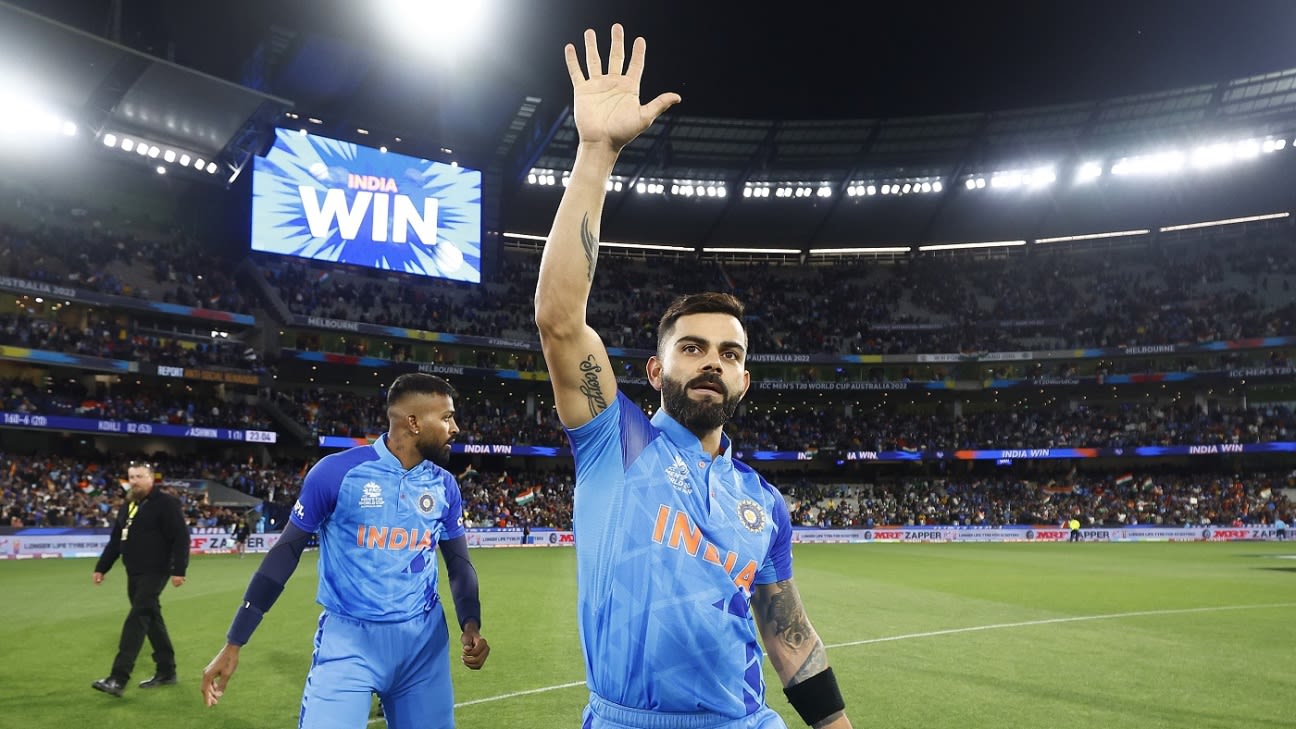 He may have been “lost for words” at the end of an epic game, but Virat Kohli was sure that his undefeated 82 off 53 balls against Pakistan at the MCG was the best T20 innings of his career, “because of the magnitude of the game and what the situation was”.
Related
From 31 for 4 in a chase of 160 on a spicy pitch, Kohli masterminded a spirited comeback with Hardik Pandya, putting on 113 runs for the fifth wicket. Kohli was front and centre right until the dramatic last over, which had two wickets, a no-ball for height, a wide, a six – from Kohli, who else! – and arguments between the Pakistan players and the umpires, before R Ashwin hit the winning run off the last ball.
“It’s a surreal atmosphere,” Kohli told his former India coach Ravi Shastri on Star Sports after the game. “I honestly have no words. I have no idea how that happened.”