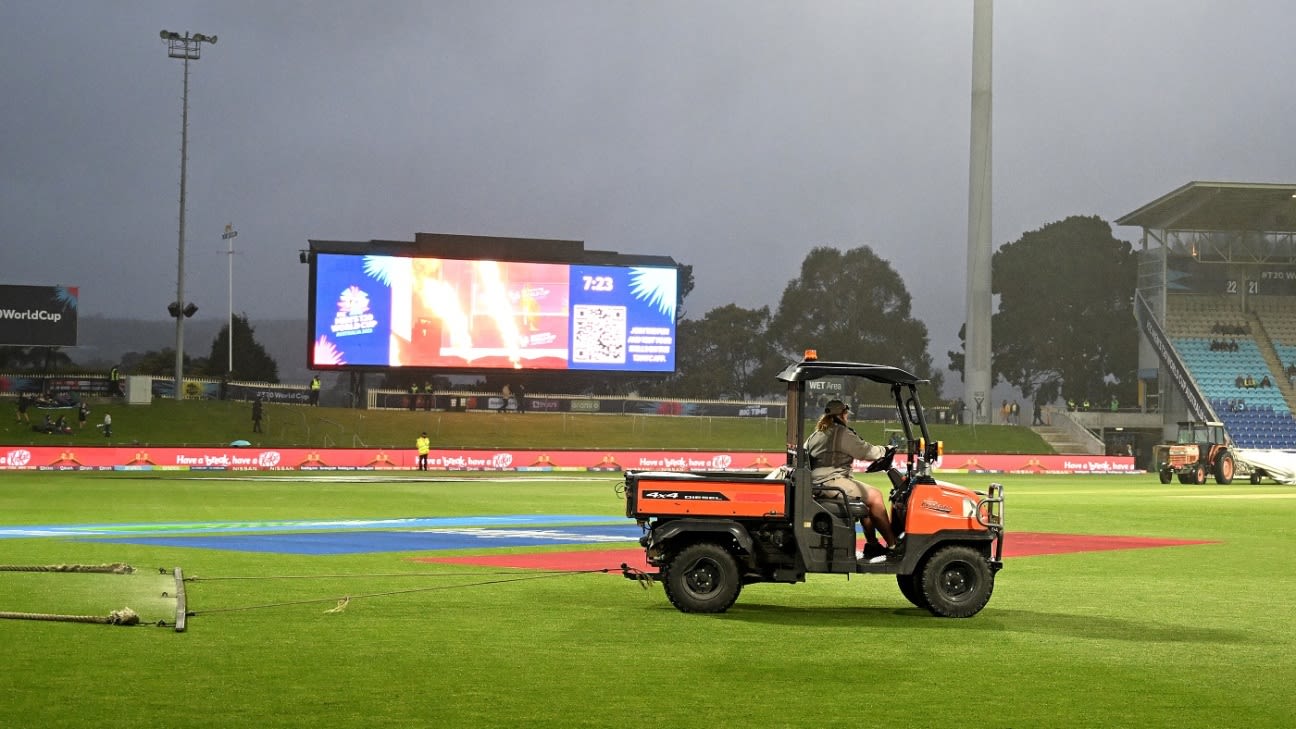 Teams should be allowed to make changes to their XI if rain curtails play after the toss but before a ball has been bowled, according to ESPNcricinfo’s T20 Time Out experts Faf du Plessis, Anil Kumble and Andy Flower.
Kumble and Flower, who have extensive coaching experience in T20 leagues, and Du Plessis, the former South Africa captain, said the tweak in the rules would allow teams to field their best XI for a rain-hit contest.
The discussion happened while South Africa and Zimbabwe were made to wait after the toss for the start of their Super 12 match because of rain in Hobart. The game was eventually reduced to nine overs a side after Zimbabwe had chosen to bat.
“That’s something I’m sure will get discussed in the next committee meeting, especially in this format,” Kumble said, when asked whether changes should be allowed to the playing XIs after the toss in such situations. “In a game like this, where the toss has happened, the teams have been announced, it could eventually be a five-over game, so yes.”
Kumble said, however, that both teams knew there was rain around before the toss, so they would have taken that into account.
Flower, who coached Lucknow Super Giants in IPL 2022, said the best combination for a five or six-over match would be different to a 20-over match.
“What the fans want to see is the best contest between the best two elevens, and if the best two elevens need to be altered slightly given that the match changes to a five or a six-over game, then the fans would like to see the best elevens take each other on,” Flower said. “I don’t see why sticking with the status quo makes particular sense. I’d like someone to explain that to me if possible at some stage.”
Du Plessis, who captains RCB in the IPL, said that the potential rule change will be good for the fans. “From a captaincy perspective, it’s quite a decision-making process when there’s rain around,” he said. “From a captain’s point of view, you try and push the umpires to say let’s wait for the toss, because you do want to pick the right team if it gets affected by the rain.
“In terms of the rule change, I think it will be nice, especially for the fans, to see team changes and stuff after the toss.”
Tags: Andy Flower, Anil Kumble, Faf du Plessis, ICC Men's T20 World Cup, Zimbabwe vs South Africa