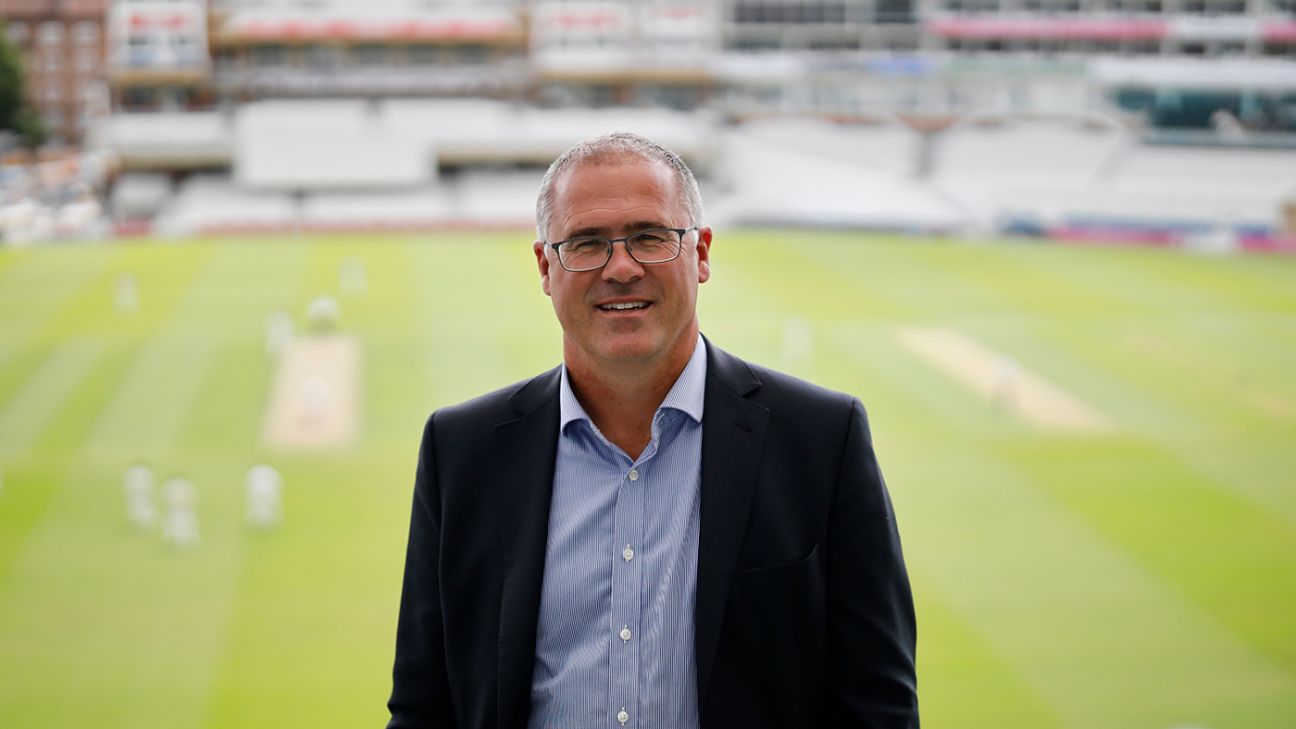 Richard Gould, a prominent critic of the Hundred during his tenure at Surrey, has been appointed chief executive at the ECB, beating Durham’s Tim Bostock to the role. Gould has spent the last 18 months as CEO at Bristol City Football Club but was previously involved in county cricket for 16 years, spending six years as Somerset’s chief executive before another decade in the same role at Surrey.
Gould’s ECB-appointment comments focused on discrimination and inclusivity, with the ECB’s own statement noting his influential role in launching Ebony Rainford-Brent’s ACE Programme while at Surrey.
“I am honoured to have been given the opportunity to lead our game forward in England and Wales as part of a talented and committed team that encompasses the ECB, every cricket club in the land, all the counties, our partners, sponsors, fans and the army of players and volunteers that support the game in every corner of our country,” he said.
Related
“Cricket is a national asset that can be played by all, and helps strengthen and enhance communities across the nation. It can inspire the country and provides opportunities for all. But we have also seen the pain suffered by those who have experienced discrimination. We are determined to repair this damage, and show that cricket can become the most inclusive and welcoming sport of all.
“I look forward to taking up the role in the new year, but for now will be an armchair fan supporting our men’s team in the T20 World Cup in Australia, whilst the women prepare for their T20 World Cup challenge in February.”
The ECB said in a statement that their nominations committee had “unanimously recommended” Gould to their board, which had then ratified the appointment on Friday after a lengthy recruitment process.
Gould will take up his post at the end of January, with Clare Connor – who has been interim chief executive since Tom Harrison’s departure earlier this year – continuing in that role over the next three months.
Gould is the second recent Surrey employee to move into a senior ECB role, after Richard Thomspon was appointed as chair in August. The pair worked closely together during their time at The Oval, where they were outspoken critics of the Hundred.
However, Thompson conceded shortly after starting as chair in September that his stance has softened, saying: “If the Hundred can generate significant value to the game then that’s got to be a good thing.”
The competition also forms part of the ECB’s TV deal with Sky Sports, which runs until 2028, so there is no realistic prospect of it being scrapped imminently.
Gould’s own position had become more conciliatory by the time he left Surrey. Shortly before leaving the club in 2021, he told Sky: “We hope the Hundred is a great success, we hope that every match here plays to a sell-out attendance and we’ll be doing our absolute utmost to make sure that is delivered.”
Thompson added: “When I joined the ECB, I said that this was a reset moment for our organisation and our sport. Recruiting a CEO who can lead the organisation forwards and deliver on the vision of becoming the UK’s most inclusive sport was one of the first important steps in that. With his outstanding leadership skills and experience of managing transformation, the Nominations Committee felt that Richard Gould was the outstanding candidate.
“I am looking forward to working with Richard to not only bring our game together, but to show how cricket can do so much more in bringing communities together. We will work in a spirit of collaboration and partnership with the whole cricket network to do this.
“I’d also like to express my sincere thanks to Clare Connor who has done an outstanding job as Interim CEO at an incredibly challenging time for the organisation. I look forward to her continuing to play a leading role in growing our game as part of the ECB’s leadership team when Richard joins.”
Tags: England, Surrey