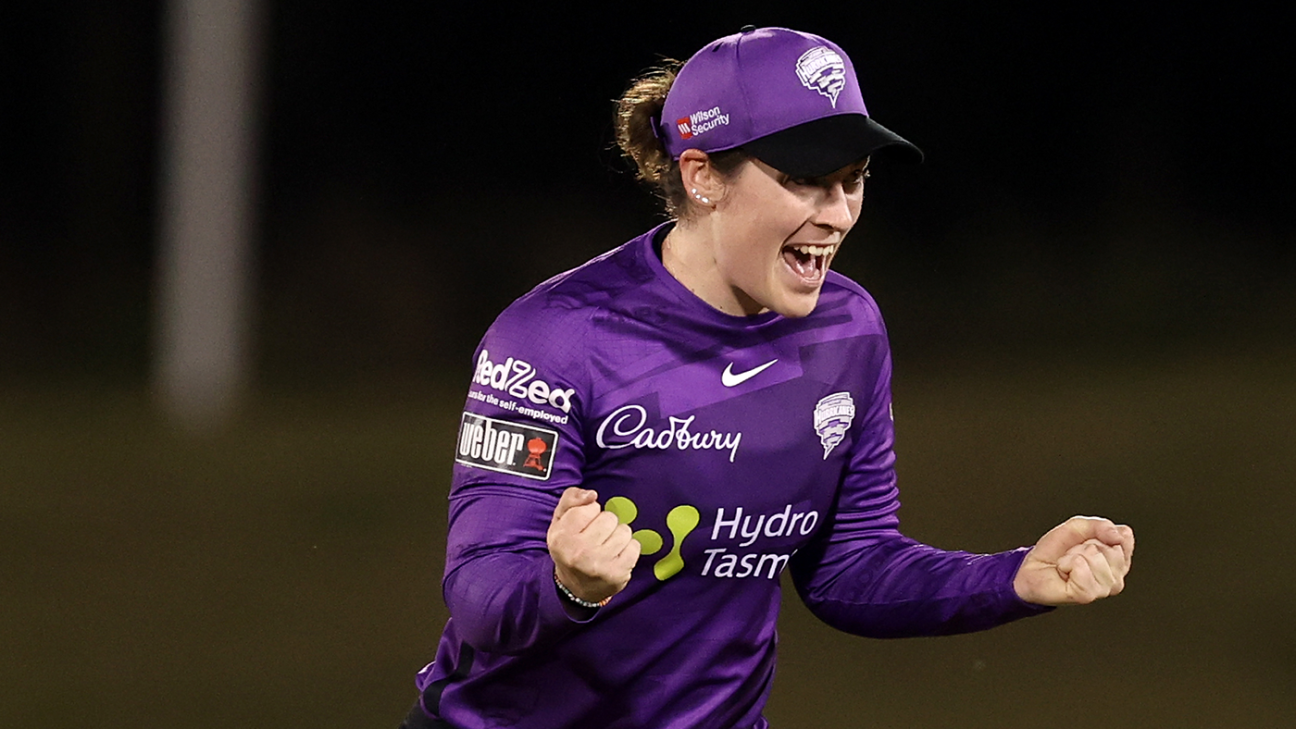 Hobart Hurricanes 7 for 144 (Lee 41, Johnson 3-34) beat Sydney Thunder 95 by 49 runs
Hobart Hurricanes posted their second win of the campaign with a 49-run belting of the Sydney Thunder at Blacktown.
Opener Lizelle Lee top scored with 41 off 29 balls as the Hurricanes scored 7 for 141 from their 20 overs. It was the highest total in the first group of games at the venue it what has proved a tough batting surface.
Tammy Beaumont again fell cheaply at the start of Thunder’s chase. Australian hopeful Phoebe Litchfield made 28 before Molly Strano bowled the opener in the eighth over and that proved their top score.
Hayley Jensen, Heather Graham and Maisy Gibson took two wickets apiece, the latter claiming the key scalp of Rachael Haynes, as Thunder were bowled out for 95 in 18.1 overs and they are winless from three games as they head on the road for the first time this season. Things are unlikely to get easier, though, as they meant defending champions Perth Scorchers next on their turf.
Tags: Hobart Hurricanes Women, Hurricanes W vs Thunder Wmn, Lizelle Lee, Sydney Thunder Women, WBBL