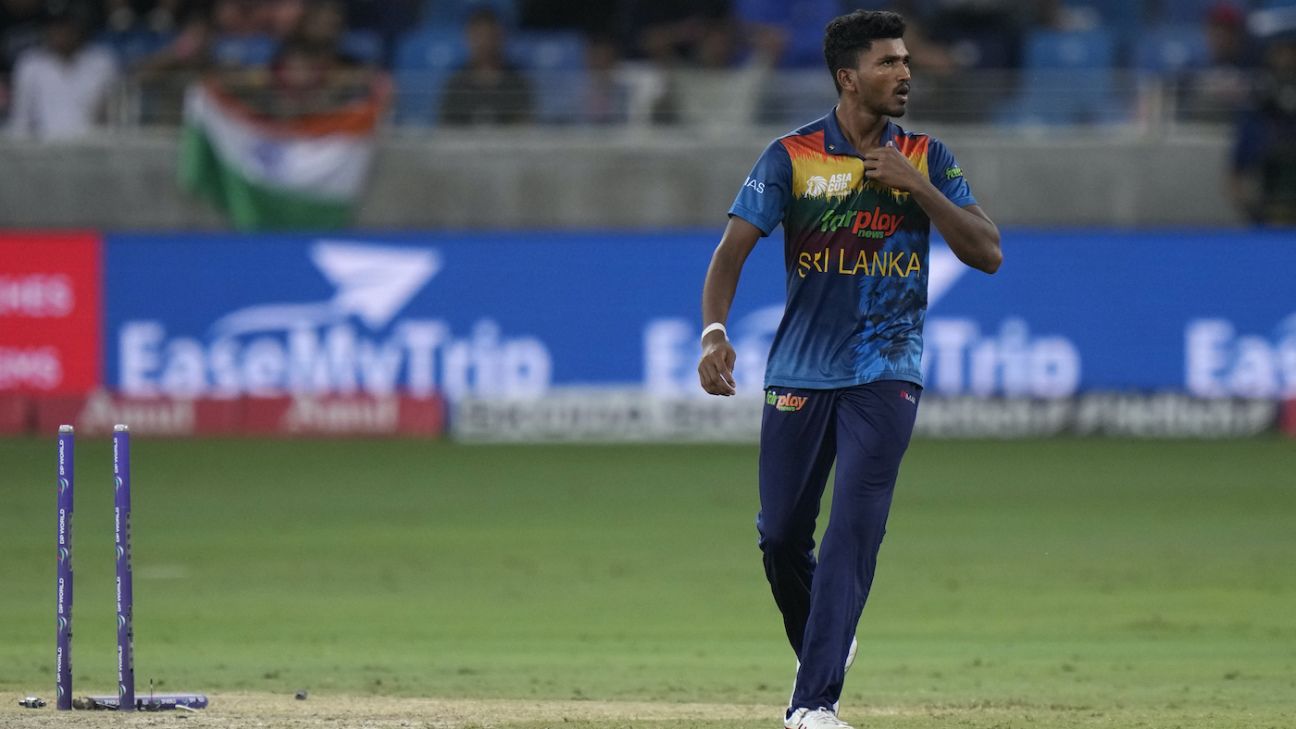 Dilshan Madushanka, the left-arm seamer, has been ruled out of the T20 World Cup, after sustaining a quadriceps tear on the eve of Sri Lanka’s first match of the tournament. The ICC’s Event Technical Committee has approved Binura Fernando as Madushanka’s replacement in the squad for the remainder of the tournament.
Madushanka was seen hobbling away from practice on Saturday and was soon sent to get an MRI scan, which confirmed the injury.
Having made his international debut in the recent Asia Cup, Madushanka had impressed through the course of the tournament, taking six wickets and maintaining an economy rate of 7.75 across six matches.
Having brought lively pace and swing to the powerplay overs, as well as variety at the death, he had perhaps become Sri Lanka’s second-choice quick, after Dushmantha Chameera. He was likely to be in the XI for Sunday’s first-round match against Namibia.
Binura has played nine T20Is and four ODIs for Sri Lanka, taking 10 and two wickets in the formats respectively. He made his international debut for Sri Lanka in 2015, in the first T20I against Pakistan in Colombo. His last T20I was the third match against India in Dharamsala in February 2022.
The other seamers in the Sri Lanka squad are Lahiru Kumara and Pramod Madushan.
Despite their recent Asia Cup victory, Sri Lanka must play the first round of the World Cup, where they play UAE and Netherlands in addition to Namibia, in order to qualify for the main draw.
Tags: Dilshan Madushanka, ICC Men's T20 World Cup, Namibia vs Sri Lanka, Sri Lanka