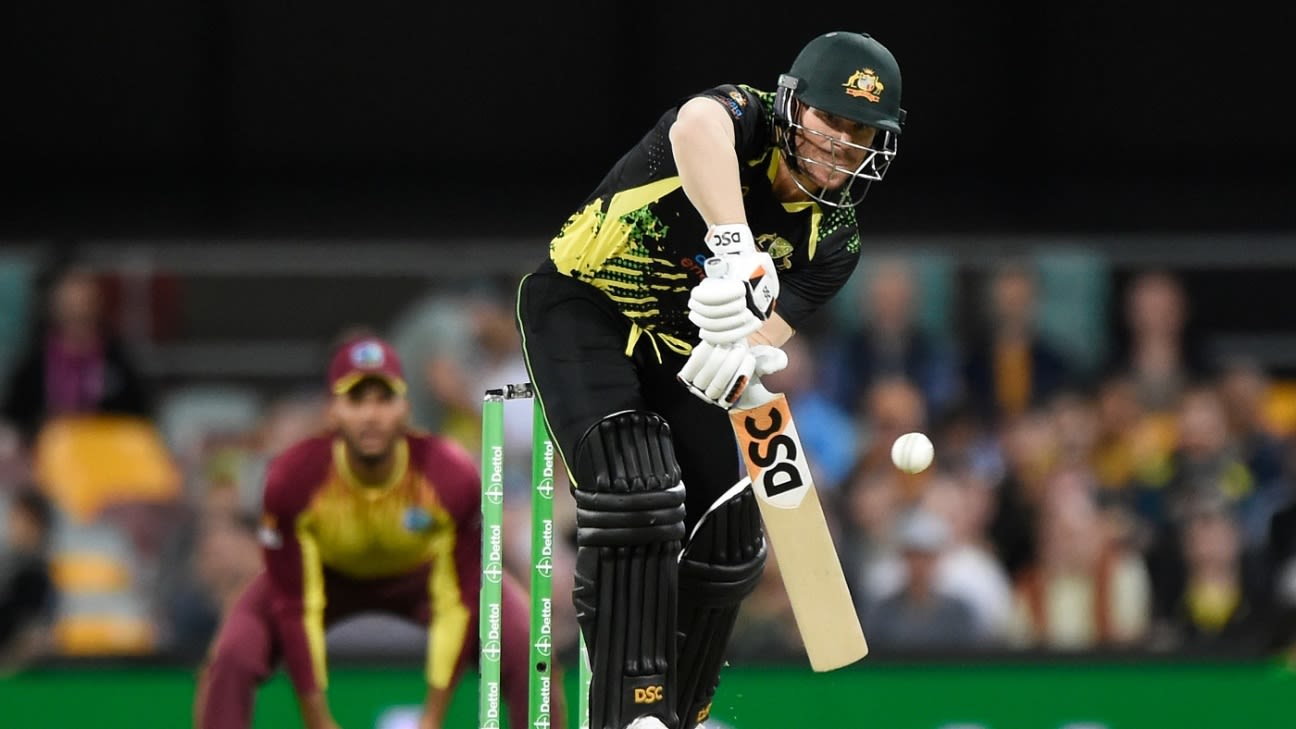 David Warner is on the verge of being granted leave to appeal against his lifetime leadership ban, with Cricket Australia proposing a change to its code of conduct.
Warner is currently unable to hold a captaincy position in Australian cricket after copping a lifetime ban as a result of 2018’s ball-tampering scandal.
The 35-year-old has long shown a desire to have that ban overturned, with Australian cricket having largely moved on from the saga. But it has since become clear an appeal is not as easy as Warner had hoped.
Under the current rules, players do not have the right to have a sanction reviewed once it has been accepted. However CA officials on Friday went some way to opening the door for change.
Related
With Warner’s situation and the current code of conduct high on the agenda, the board has requested its head of integrity Jacqui Partridge proposes a change to its rules.
Such a move would grant players or officials the right to request a penalty be reviewed after an “appropriate period of time”.
“At the end of the day I’ve just got to accept what decision is handed down,” Warner told Fox Sports during the T20I in Canberra. “There is talk that I might be able to have a chat to the integrity unit. If that’s possible I’m happy to sit down with them and chew the fat a little bit and see where we’re at.
“If it does get overturned then we have to go from there. For me I’m a leader in this team no matter what. It doesn’t matter if you’ve got a ‘c’ or a ‘vc’ next to your name. You’ve got to put your best foot forward and lead by example.”
On the prospect of captaining Australia again, he added: “If it ever presented itself it would be a privilege. For me it’s about focusing on the next game and what I have to do for the team. At this point in time that’s what I have to do.”
A Cricket Australia statement said: “The onus would be on the applicant to prove they had undergone genuine reform relevant to the offence they were sanctioned for.
“Any review would not revisit the original sanction, other than suspension of a penalty in recognition of genuine reform. The board has requested that the CA Head of Integrity propose an amendment to the code for consideration.
“It was agreed that should an amendment in respect to long-term sanctions be adopted, any review of a penalty would be heard by an independent code of conduct commission.”
Any such change would likely be made before Australia appoint a new full-time captain of the one-day team, following Aaron Finch’s retirement.
Australia have three ODIs lined up against England next month after the T20 World Cup, but otherwise do not play again in the format until March.
It is also likely Australia will be on the search for a new T20 captain shortly, with Finch every chance of retiring after the global tournament.
Beyond that, Sydney Thunder are yet to appoint a captain for this season and Warner could fit the bill if eligible once back from Test duties.
Warner’s move to sign with the Thunder on a two-summer deal and return to the Big Bash League has won him some credit with CA officials.
Chairman Lachlan Henderson indicated after the organisation’s AGM on Thursday he was open to Warner’s case being reviewed.
“The view within Cricket Australia is that David is doing particularly well on the field and making a great contribution off the field,” he said. “We need to be careful that we’re not reactive in relation to bans that have been imposed in the past.
“But we also need to be aware that players and those subject to sanctions can change, can do very well in the future.  And we’d like to think that we need to adopt a principle of fairness as we look at David’s situation particularly.”
Tags: Australia, David Warner