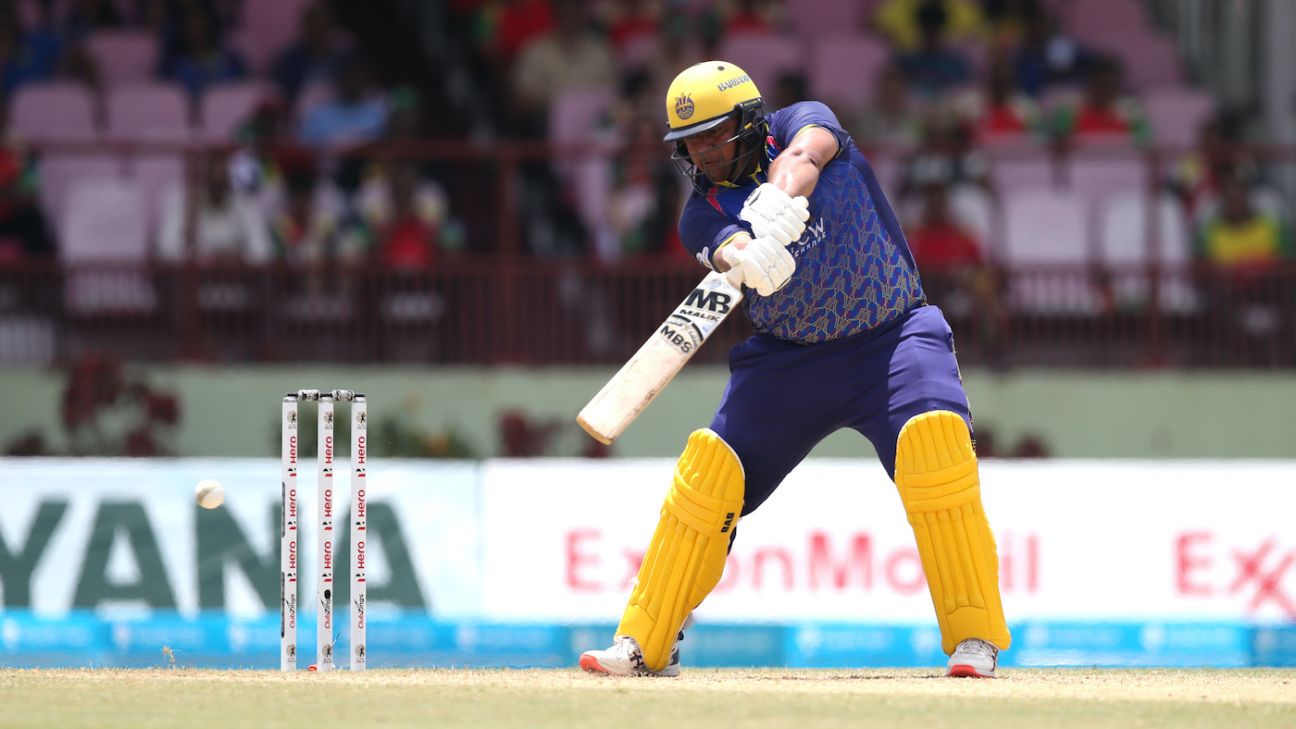 The already slim prospects of a Pakistani presence in the UAE’s International League T20 have ended completely after it was confirmed that the only player in contention, Azam Khan, will not be getting a no-objection certificate (NOC) from the PCB.
Azam had been unveiled by the Desert Vipers as one of their players but his participation was always subject to an NOC from the PCB. That was never on the table as far as the Pakistan board was concerned and they’ve informed league organisers that no NOCs have been issued for Pakistani players.
Related
With a series against West Indies now postponed, Pakistan’s players do have a gap in their schedule in January – a month jam-packed with T20 leagues: there’s the Big Bash League, the ILT20, the SA20 and the Bangladesh Premier League as well.
There are no Pakistani players in the SA20 currently – or there were none in the auction. That was in some part because of a combination of a busy international home schedule in which their leading players will be involved; but there are also concerns that they would not find a place in a league in which all six franchises are owned by IPL teams.
Shadab Khan, Faheem Ashraf and Asif Ali will be at the BBL with Hobart Hurricanes. It is learnt that these three players do not have to return home and can now extend their stay if required. Other Pakistani players may be available for a place in the BPL.
The eighth edition of the PSL is tentatively scheduled to start just days after the ILT20 ends in February 2023.
Earlier this year, Azam skipped the National T20 Cup to play for Barbados Royals in the Caribbean Premier League. He was, at first, not provided an NOC to travel to the West Indies but eventually got it. Azam did quite well in the CPL, scoring 257 runs including back-to-back fifties in qualifier one and the final.
But that may impact his prospects of national selection this season as the PCB is giving preference to players who play on the domestic circuit. Azam does not have a central contract with the national side though he did play three T20Is, last year. He has played 86 T20s so far, scoring 1706 runs at a strike rate of 141.45.
Tags: Azam Khan, International League T20, Pakistan