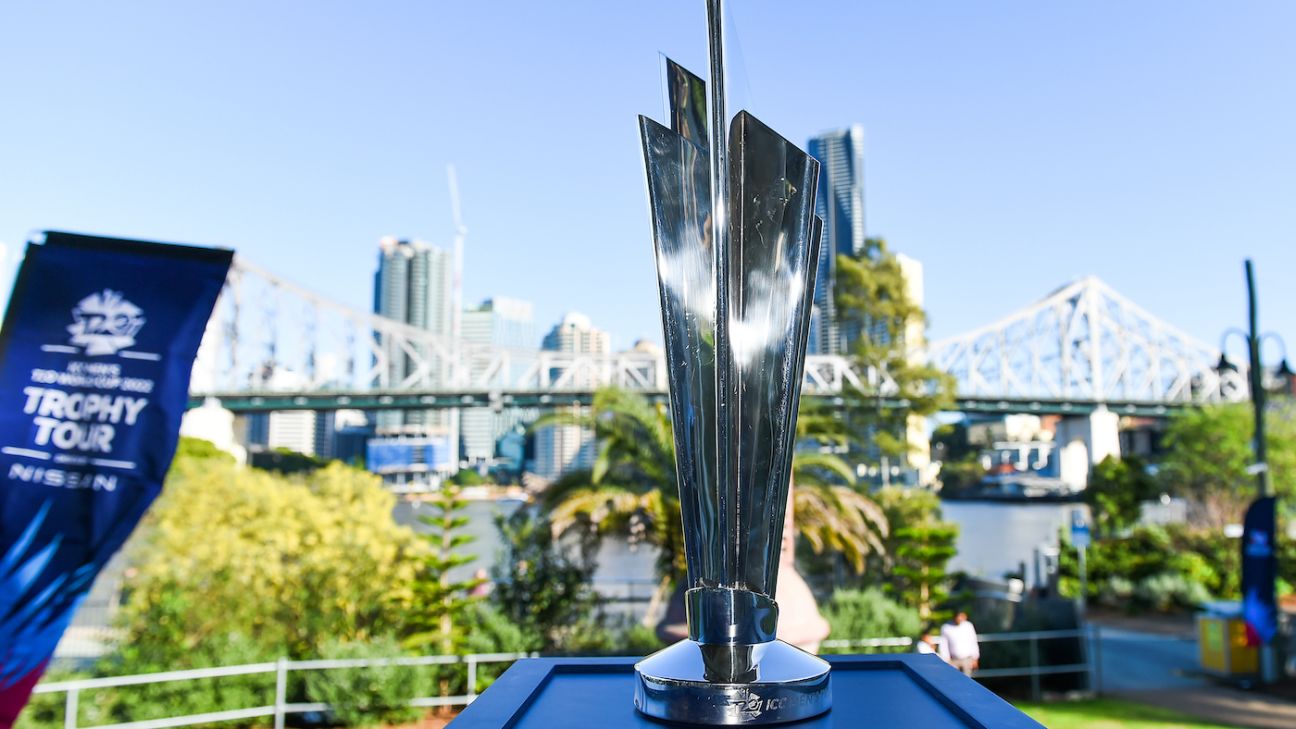 Having navigated major logistical hurdles, including staff redundancies, ticket refunds and implementing a new fixture list, the postponed men’s T20 World Cup is hoped to fulfil its heady vision from two years ago amid more stability in Australia as international cricket emerges from Covid-19 restrictions.
After Australia lifted the women’s T20 World Cup on March 8, 2020, in a heaving MCG brimming with 86,174 fans, anticipation was brewing for the second act with the men’s edition to be held in October-November that year.
There had been a strong emphasis from organisers on a cross-promotional campaign in the months prior to the women’s event, the first T20 World Cup held in Australia.
“It was exciting having two World Cups in Australia in one year, so we had a joint marketing effort around that,” T20 World Cup chief executive Michelle Enright told ESPNcricinfo. “There was great momentum after the women’s final, which was a huge uplift for women’s sport. We were naturally expecting the men’s [T20 World Cup] to have a similar atmosphere and goodwill around it. Then the momentum was lost.”
Related
The women’s T20 World Cup was the last major sports event held in Australia before the world suddenly shut down due to the Covid-19 pandemic, which like almost everyone else caught tournament officials off guard.
“Covid was emerging and coming up in our daily briefing, but we were really focused on delivering the women’s event,” Enright said. “No one knew what was going to happen, so we just kept planning for the men’s event. We had regular briefings but were waiting for the ICC’s decision.”
In July 2020, the ICC board resolved to postpone the event for two years with India sticking as hosts for the 2021 edition which was later moved to Oman and the UAE.
It caused a number of operational changes, including a 65-strong workforce reduced to a skeleton crew of eight while more than 220,000 tickets and corporate hospitality deposits worth AU$14.6 million were refunded.
“It was really, really, difficult to make staff redundant,” Enright said with numbers having since been rebuilt to 82. “We have about one-third back from the women’s event. They are all keen to finish what we set out to achieve with these two World Cups.”
‘There was great momentum after the women’s final, which was a huge uplift for women’s sport.’•Getty Images
Other challenges included revamping the tournament’s marketing strategy, since the joint campaign had been outdated, amid logo and brand changes which affected event merchandise.
“We’ve had to start again but we have a strong campaign and steadily built momentum,” Enright said with more than 550,000 tickets having been sold, including a sell out of Australia’s opening match against New Zealand at the SCG on October 22.
Despite the upheaval, a steep initiation for Enright who was the chief operating officer at the women’s T20 World Cup before replacing Cricket Australia bound Nick Hockley in the hot seat, there are silver linings with the long postponement.
Australia, which endured strict pandemic rules and border closures for about two years, has eased most restrictions as everyday life starts to resemble pre-Covid.
“We are really fortunate the borders are open and crowd restrictions have lifted,” Enright said. “Cities are buzzing and fans are out enjoying live sport again.”
An advancement in technology, with ticket holders to receive ICC non-fungible tokens, and the inclusion of the blockbuster India-Pakistan MCG clash, which was not part of the original fixtures, have also helped the event’s revival.
“The postponement has allowed some cool things to happen and the extra couple of years to sharpen our focus, so it couldn’t have worked out better given the circumstances,” Enright said.
There is, naturally, caution around the still prevalent virus with players reminded to be “self-responsible”, including eating meals outdoors if possible, while the number of fans from overseas is understandably down from the 100,000 spectators who reportedly travelled for the 2015 World Cup.
“About 11 percent of ticket sales are from overseas purchases but that doesn’t capture people who are here visiting friends and family and then might attend,” Enright said. “If it hadn’t been for Covid we would have expected more but it’s still a pleasing number.”
While the women’s T20 World Cup closed a chapter before the shut down, the men’s counterpart is a new beginning and signals a shift away from bubbles and isolation.
It will also be Australia’s biggest sports event since its ironclad hard border came down.
“We are hoping to show the world that Australia is up and open for business. It’s a country very good at hosting major events,” Enright said. “What makes cricket great is bringing cultures and generations together. Stadiums really come alive like what we saw during the women’s T20 World Cup.
“We have a great opportunity to deliver something special and that’s very exciting.”
Tags: ICC Men's T20 World Cup