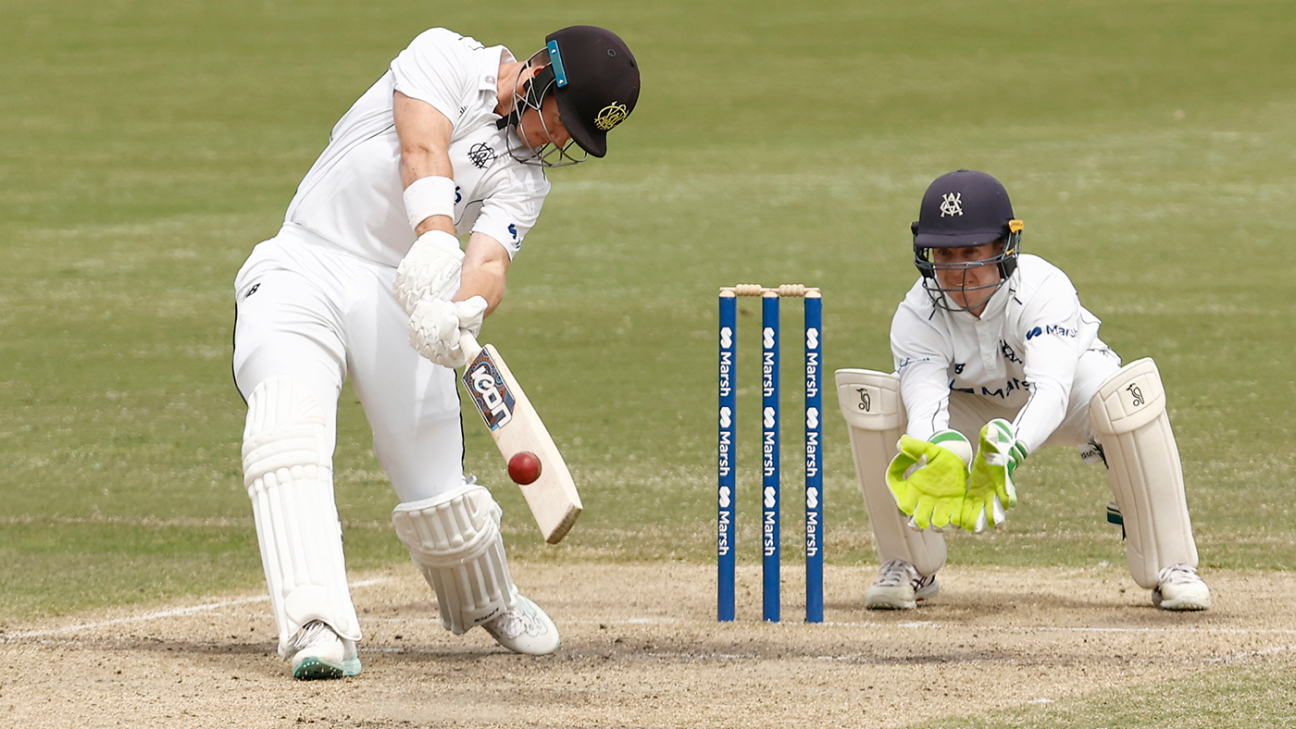 Victoria 1 for 124 (Harris 67*) trail Western Australia 466 (Bancroft 100, Short 87, Whiteman 82, Cartwright 70) by 342 runs
Victoria openers Marcus Harris and Will Pucovski have shared a century stand in a robust reply to a D’Arcy Short propelled Western Australia in the Sheffield Shield.
The pair put on 104 for the first wicket before Pucovski, who struck four boundaries and a six from 117 balls, was caught behind when fending a short leg-side ball just before stumps. He had earlier looked to be trapped in front during Jhye Richardson’s second over but the umpire’s finger stayed down.
Harris’ mini-milestone continues his solid early Shield form – he scored 85 and 42 in a draw against South Australia last week.
The left-hander hit 11 fours and dominated his union with Pucovski, who was continuing his first-class comeback after ongoing concussion issues.
Earlier, Western Australia’s batting tail wagged as Short whacked a career-best 87 and Hilton Cartwright made 70.
WA resumed on Tuesday at 5 for 290 and Cartwright soon posted his 19th first-class half-century. He found support from Corey Rocchiccioli, who struck three fours and a six in his 27, and the pair put on a handy 56-run stand for the sixth wicket.
Short, batting at No. 8, cashed in with a late flurry – his career-high knock included seven fours and three sixes as WA set an imposing total.
Spinner Todd Murphy (3-104) led the wicket-takers for Victoria with Mitchell Perry taking 2 for 59 and legspinning debutant Ruwantha Kellapotha claiming 2 for 122.
Tags: D'Arcy Short, Marcus Harris, Sheffield Shield, Victoria, West Aust vs Victoria, Western Australia, Will Pucovski