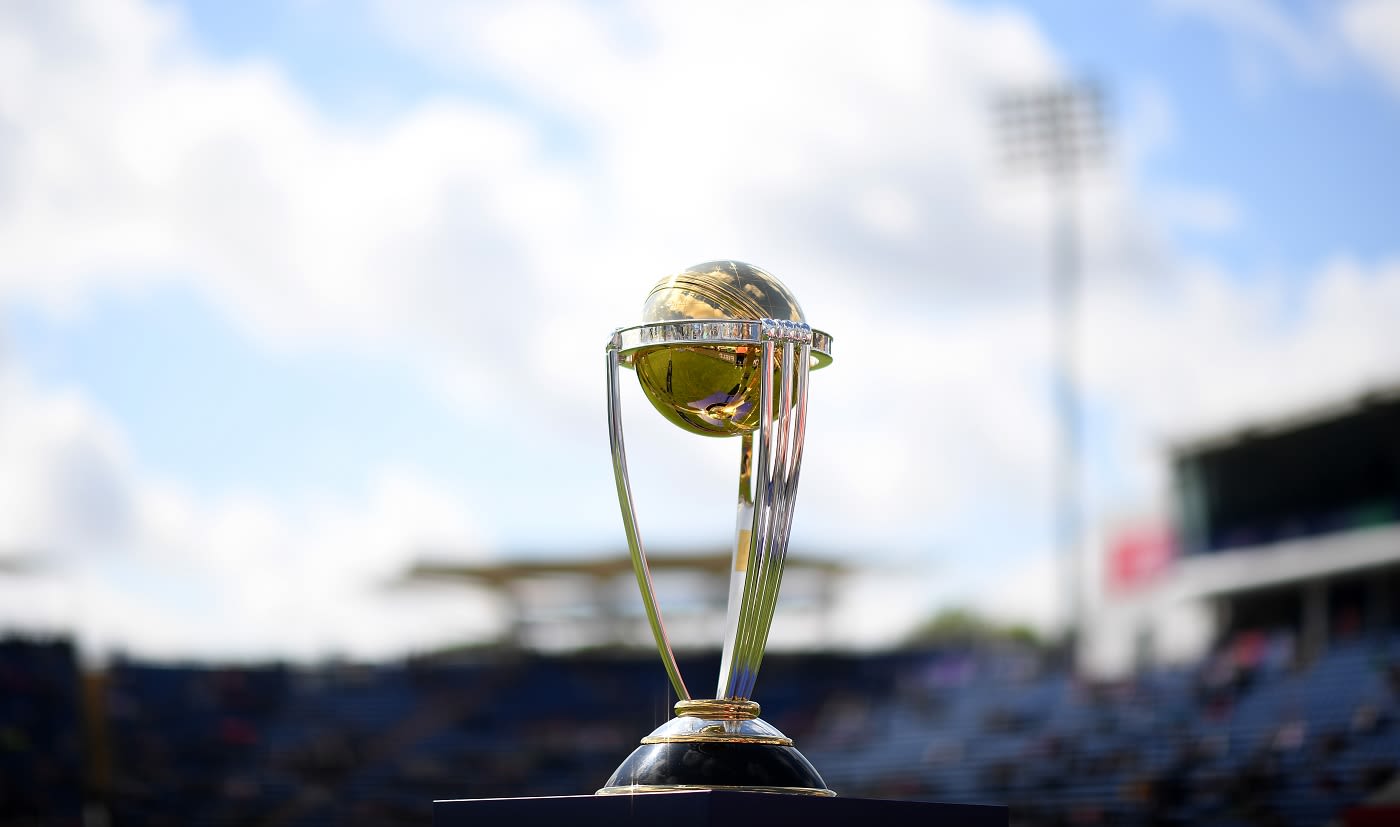 The BCCI stands to lose between US$58-116 million from its share of the ICC’s central revenue pool as a result of the tax imposed by the Indian government on the global cricket body for hosting the 2023 Men’s ODI World Cup in India. The marquee event is scheduled to be played in India in October-November next year.
“It is to be noted that any tax cost incurred by the ICC for the 2023 event in India will be adjusted with the BCCI’s share of revenue from the ICC,” the BCCI said on Thursday in an update sent to its state associations. In the two-page document, seen by ESPNcricinfo, the BCCI outlined the estimated financial hit it is likely to incur in the absence of the ICC securing a full tax exemption from the Indian government for staging the tournament in India, the first men’s global cricket event in the country since the 2016 T20 World Cup.
Related
The tax exemption has been part of the host’s agreement the BCCI signed with the ICC in 2014, when three men’s events were awarded to India: the 2016 T20 World Cup, the 2018 Champions Trophy (later changed to 2021 T20 World Cup, which was moved to the UAE and Oman) and the 2023 ODI World Cup. As per the agreement, the BCCI was “obligated” to help the ICC (and all its commercial partners involved in the tournament) secure the tax waiver.
The tax waiver has been a contentious issue every time a global cricket event has been held in India. In 2016, the BCCI said in the note, the ICC deducted “nearly $23.5 million” from the central revenue pool after the Indian government had charged Star India*, which owns rights for ICC events, 10.92% in taxes.
The BCCI has challenged the ICC on that at the global body’s disputes tribunal. Even as it awaits a final decision from the tribunal, the BCCI has said it had opened discussions with India’s finance ministry to “deliver a tax exemption or a tax solution” for the 2023 World Cup.
The BCCI was originally meant to secure such an exemption 18 months before the event. It said that it had asked ICC to extend the deadline to May 31 this year from April, which was the original timeline.
“At the start of this financial year, the BCCI had advised the ICC that in line with the tax order for the 2016 event, it was expected that a 10% (excluding surcharges) tax order could be obtained as an interim measure for the 2023 event within the required timeframe,” the BCCI said in its update. “The ICC has now received a 20% (excluding surcharges) tax order for its broadcast revenue for the 2023 event from the tax authorities in India.”
In the note the BCCI listed the ICC’s broadcasting income from next year’s World Cup in India at an estimated $533.29 million. The BCCI said the “financial impact” it would suffer for a 10.92% tax order on that would be around $58.23 million (the BCCI’s note listed the figure as $52.23 million, which appears to be an error given the percentages listed), which would more than double to roughly $116.47 million if the tax component were to be 21.84%, as desired by the Indian government.
This amount, whatever it finally is, will be deducted from the BCCI’s share of ICC’s central revenue pool, which over the course of the current rights cycle (2016-2023) amounts to roughly $405 million based on ICC’s overall earnings for the period estimated at $2.7 billion.
The BCCI said it remained “hopeful” of a solution as it is engaging at the “highest level” in the Indian government. “The BCCI is currently working with the Ministry of Finance, Government of India and have represented against this 20% (excluding surcharges) tax order at the very highest level and are hopeful that a 10% (excluding surcharges) tax order would be forthcoming shortly.”
*ESPNcricinfo and Star India (now Disney Star) are part of the Walt Disney Company.
Tags: India