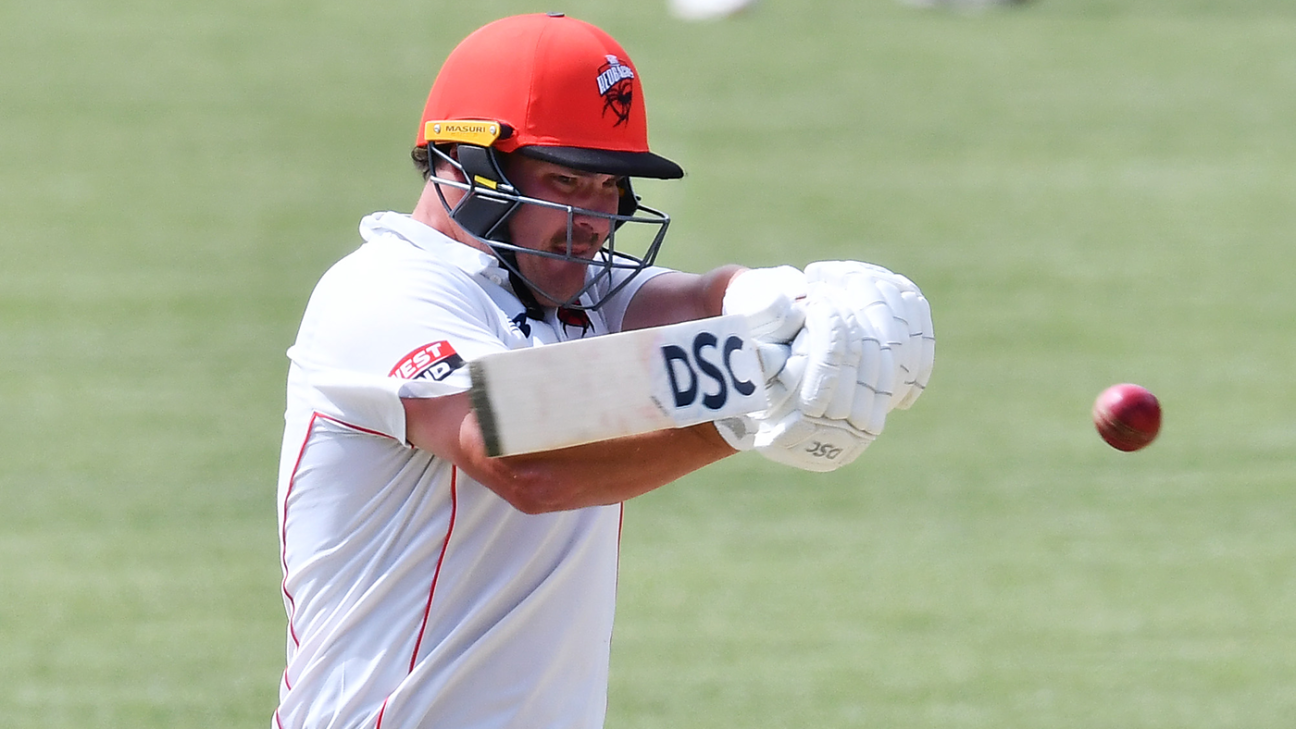 Tasmania 245 and 0 for 104 (Ward 60*) need 131 more runs to beat South Australia 227 and 252 (Manenti 85, Weatherald 52, Webster 4-39, Siddle 4-45)
Another Tim Ward half-century and more Peter Siddle heroics have Tasmania positioned for victory against South Australia in the Sheffield Shield.
Chasing 234 to win, they were 0 for 104 at stumps on day three at Adelaide Oval. Ward, who made 82 in the first innings, was unbeaten 60 and Caleb Jewell is on 43.
The runs flowed freely for the opening duo, reaching their century stand in 27 overs, with Ward striking eight fours and one six after Tasmania’s bowlers earlier struggled to wrap up SA’s innings.
A hard-hitting half-century from debutant Ben Manenti revived SA from 7 for 105 to 252 all out, with Manenti unbeaten on 85.
The first-gamer, batting at No. 9, followed his valuable 59 in the first innings with more runs, striking six fours and three sixes. His feats came with handy assistance from Wes Agar (33) and Nathan McAndrew (35).
Veteran quick Siddle had ripped through SA’s top order – at one stage he had 4 for 13 from eight overs. The 37-year-old finished with 4 for 45, following his 4 for 51 in the first innings.
Siddle counted the prized scalp of Test batsman Travis Head, caught at short leg for a duck, among his victims.
Beau Webster chipped in while SA opener Jake Weatherald was the seventh man out, making 52 from 115 balls.
Tags: Benjamin Manenti, Peter Siddle, Sheffield Shield, South Aust vs Tasmania, South Australia, Tasmania, Tim Ward