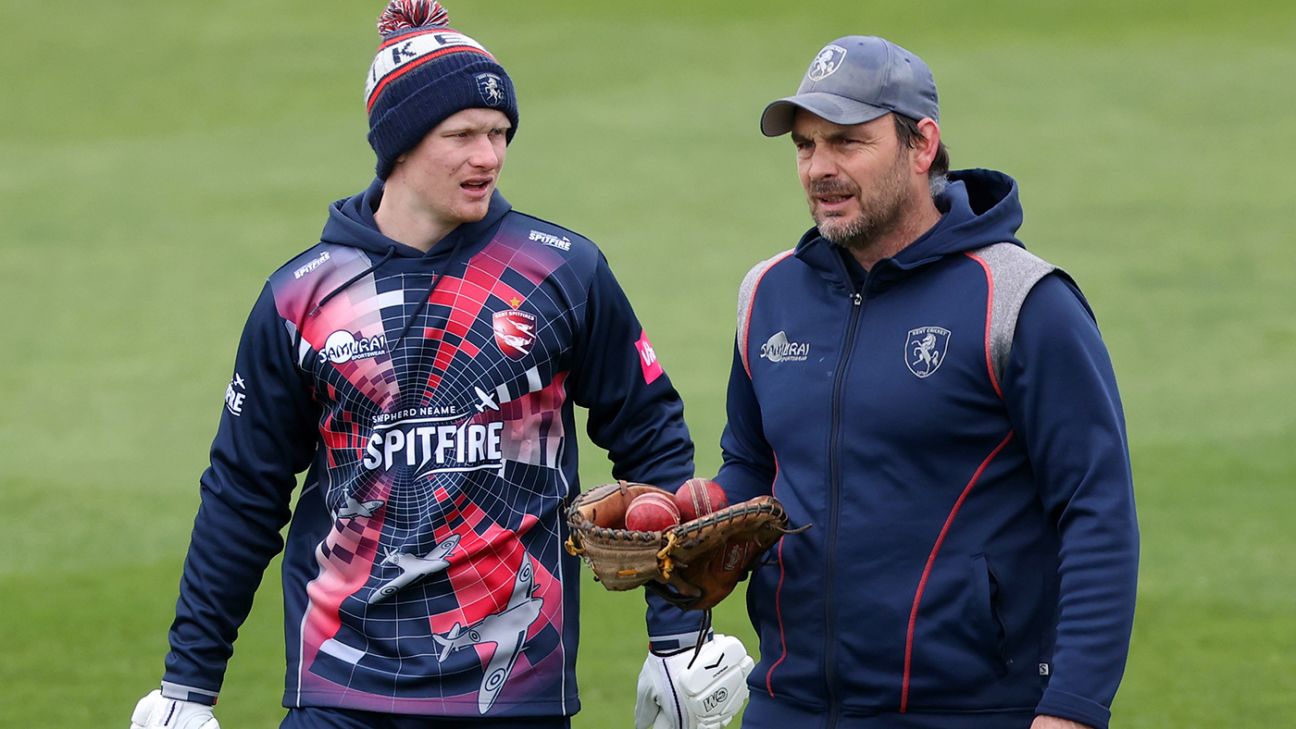 Michael Yardy, the allrounder who played 42 limited-overs internationals for England and won the T20 World Cup in 2010, has been appointed head coach of England Under-19s.
Yardy spent the 2022 season working as academy director at Sussex, after previous spells at Kent and New South Wales. “It’s a privilege to work with young players as they seek to make the next step in their career and I look forward to the challenge of doing that at international level,” he said.
“The Young Lions programme has helped to develop a number of very talented players across the last few years and it’s an exciting prospect to be a part of that work and help identify and improve future England Men’s cricketers,” Yardy added.
He fills the role vacated by Richard Dawson’s move to become one of Matthew Mott’s assistant coaches in England’s white-ball set-up. Dawson sustained an injury during the T20I tour to Pakistan last month, and Paul Collingwood is deputising for him at the ongoing World Cup in Australia.
England Under-19s are due to tour Australia in early 2023, with fixtures yet to be confirmed.
Related
David Court, the ECB’s player identification and pathway lead, said: “We’re delighted to have Mike join us as our Young Lions Head Coach and he brings with him a fantastic range of relevant experiences.
“The Young Lions programme aims to inspire and develop players through unique and challenging experiences, and Mike’s time in domestic cricket, international cricket and – more recently – his time spent leading the development of talented young cricketers at Sussex will be a huge asset for us.”
Sussex will begin the search for a replacement imminently. Keith Greenfield, their performance director, said: “Whilst we are disappointed to lose Mike from his role here at Sussex, it is a fantastic opportunity for him to take on developing the next generation of England’s elite international cricketers within the ECB pathway and we wish him all the best in his new role.”
Tags: England, Michael Yardy, Sussex