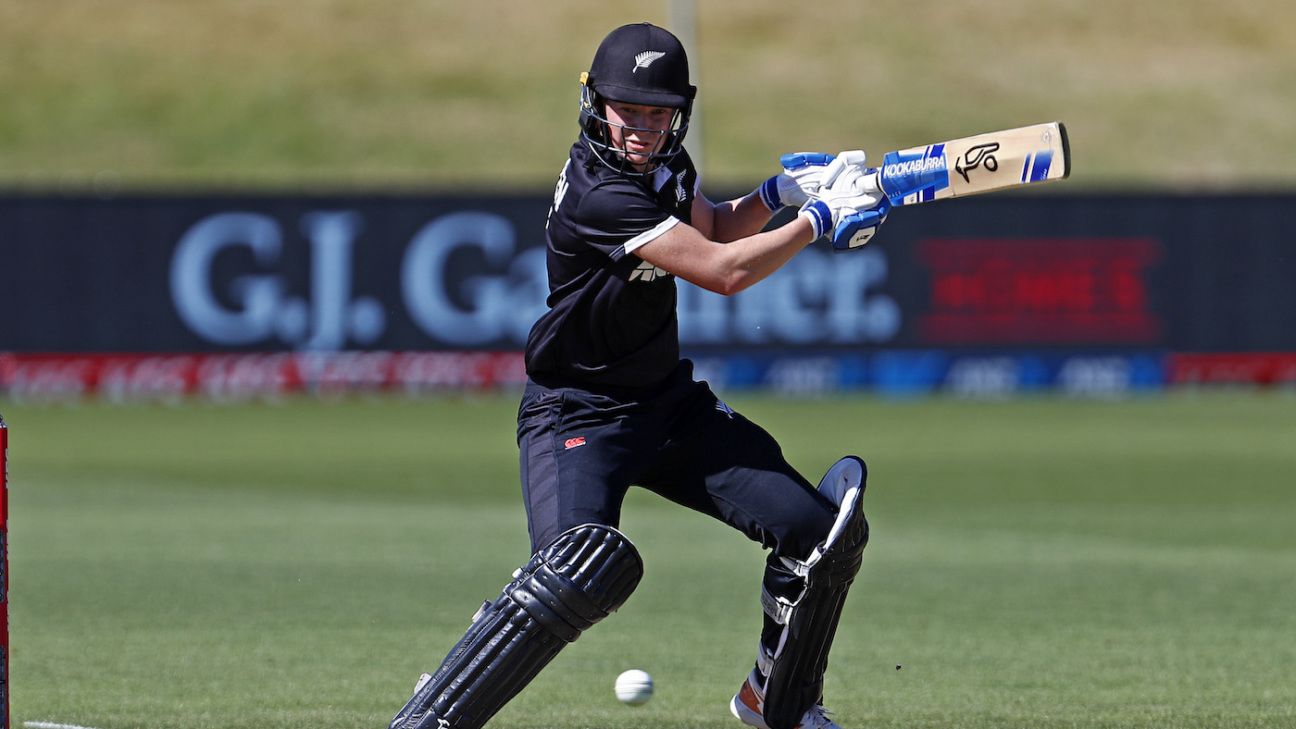 New Zealand 102 for 5 beat (Green 32, Gajnabi 1-8) West Indies 101 for 8 (Matthews 56, Bates 3-10, Jonas 2-8,  Carson 2-17) by five wickets
Maddy Green’s unbeaten 32 helped New Zealand to a last-ball win against West Indies in North Sound, ensuring the visitors clinched the series 4-1. New Zealand chased down the low target of 102 with five wickets in hand after Fran Jonas, Eden Carson and Suzie Bates restricted West Indies to 101 for 8.  For the hosts, captain Hayley Matthews’ 56 went in vain.
Opting to field first, New Zealand struck early in the innings, with Jonas removing opener Aaliyah Alleyne for six in the fifth over. From there on, the hosts kept losing wickets at regular intervals as barring Matthews – who notched up her sixth T20I fifty – none of the West Indies batters crossed the double-digit mark. Matthews also hit at more than run-a-ball pace as she finished with three fours and four sixes to take the team past 100. However, with no support from the other end, the team could muster only 101.
From 63 for 1, West Indies lost their next six wickets for 33 runs, thanks to Carsen, who accounted for Rashada Williams and Chedean Nation, and Bates, who removed Natasha McLean, Shabika Gajnabi and Afy Fletcher. Bates returned figures of 3 for 10 from her three overs.
While chasing, New Zealand lost Bates and Brooke Halliday inside the eighth over, but Sophie Devine and Amelia Kerr chipped in with 23 and 25 respectively, before Green took the team home with an unbeaten 29-ball knock. For West Indies, Sheneta Grimmond, Fletcher and Gajnabi scalped a wicket each.
Tags: Eden Carson, Fran Jonas, Hayley Matthews, Maddy Green, New Zealand Women, New Zealand Women in West Indies, Suzie Bates, West Indies Women, WI Women vs NZ Women