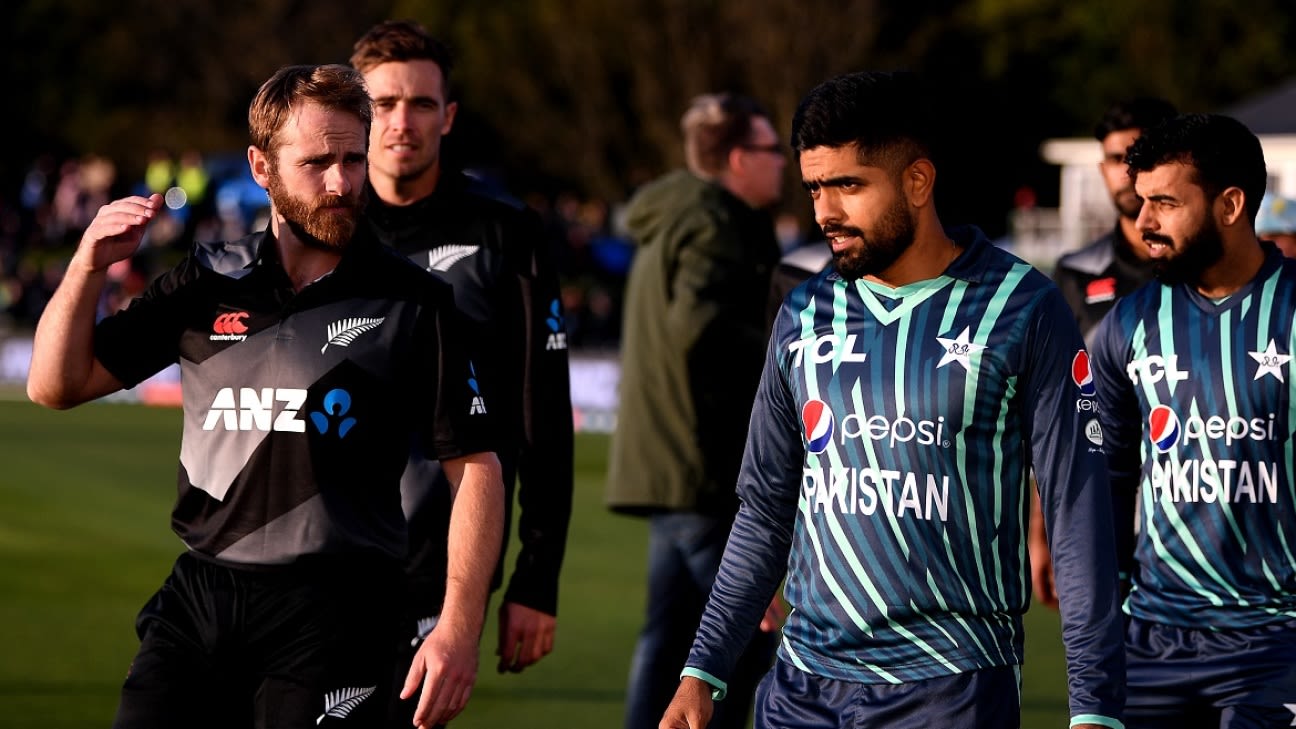 After not touring Pakistan for 19 years, New Zealand are all set to visit the country twice in the space of five months to play two Tests, eight ODIs and five T20Is. It means New Zealand will not play home fixtures over the Christmas and New Year’s season this year, and will have to deal with a clash with the IPL during the second leg of the Pakistan tour in April and May next year.
The two Tests are part of the ICC World Test Championship and will be played in Karachi (December 27-31) and Multan (January 4-8). The teams will return to Karachi to play three ODIs that are part of the ICC Super League on January 11, 13 and 15.
New Zealand then go back to Pakistan in April and May to play five more ODIs, which are not part of the Super League, and five T20Is. The first four T20Is will be played in Karachi on April 13, 15, 16 and 19, before the teams travel to Lahore for the fifth T20I and the first two ODIs on April 23, 26 and 28. The last three ODIs of the series are in Rawalpindi on May 1, 4 and 7.
New Zealand’s first visit is a part of the Future Tours Programme, while the second was agreed to make up for the matches lost when they called off their limited-overs tour of Pakistan minutes before the start of the first ODI in September 2021, citing security concerns.
“New Zealand is one of the high-performing sides and the more we will play against the top teams in our backyard, the better we will get as a unit, which is crucial to our objective of featuring inside the top three across all formats,” Zakir Khan, PCB director – international cricket, said in a statement. “The New Zealand matches will also provide opportunities to our youngsters to continue to watch and follow their favourite players in action, something they have missed when we were forced to play our international cricket offshore.
New Zealand last toured Pakistan in November 2003, and their return follows the tours of Australia and England to the country this year after a gap of 24 and 17 years respectively.
“I know our players can’t wait to arrive and savour the experience of playing in Karachi, Multan, Lahore and Rawalpindi – places that carry a great cricketing heritage,” NZC CEO David White said. “The recent tours from Australia and England have left us in no doubt regarding the quality of the Pakistan side across all formats, and the extent of the challenge that awaits us.”
Tags: New Zealand, Pakistan