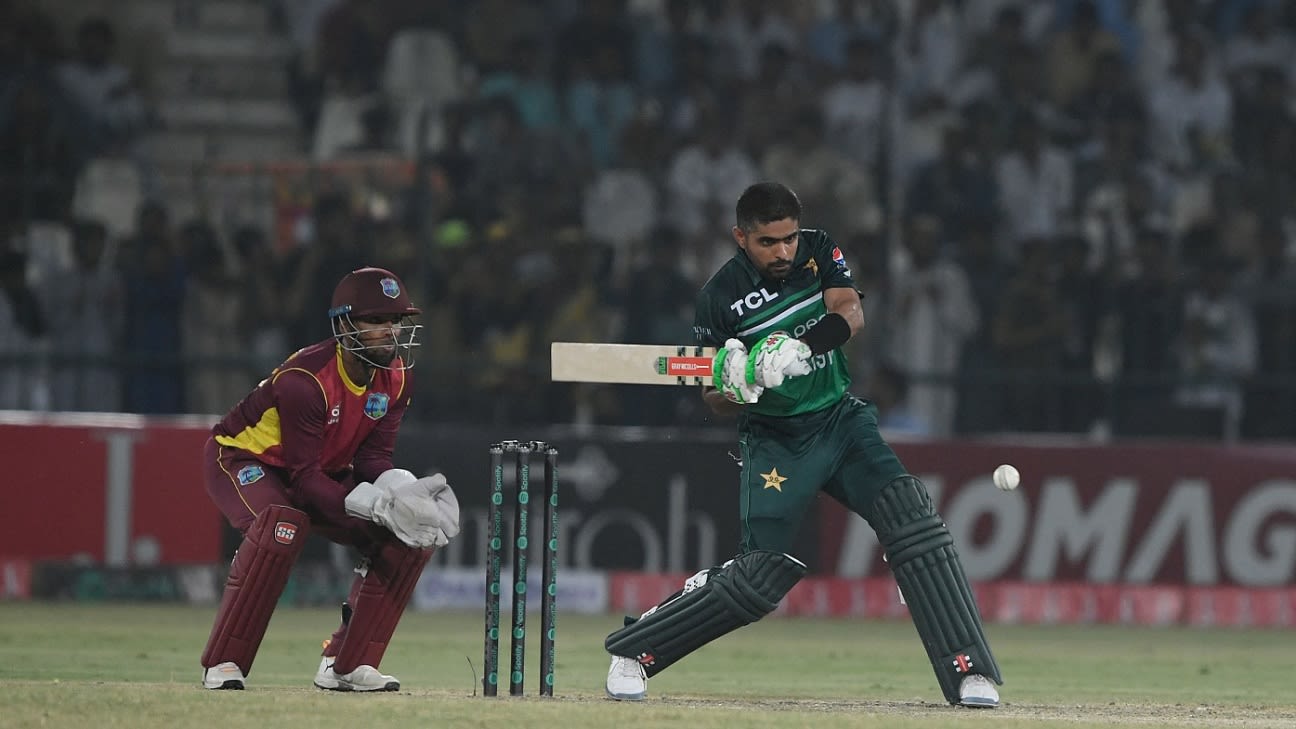 Pakistan’s home series against West Indies early next year is likely to be postponed until the following season. The two sides were to play a three-match T20I series in January but ESPNcricinfo understands both boards are happy to reschedule it for 2024.
The resulting space in the calendar potentially allows players from both sides to become available for the various T20 leagues during that period. The ILT20 in the UAE, the SA20 in South Africa, the BBL in Australia and the Bangladesh Premier League (BPL) are all taking place in that month.
West Indies have already visited Pakistan twice in the last 10 months, albeit because the Covid-19 pandemic split one white-ball series in December 2021 into two. The two sides played three T20Is that month, before a Covid outbreak in the West Indies camp meant the subsequent ODIs had to be postponed to June this year. They played the ODIs in Multan, as part of the 2023 World Cup Super League.
This series of three T20Is was penciled in between New Zealand’s visit to Pakistan in the winter of 2022-23 and the Pakistan Super League next year. The three games will most likely be added to West Indies’ visit in February 2024 when they are due to play three Tests as part of the World Test Championship.
Various West Indian players have already been signed up to take part in the BBL, SA20 and ILT20. Pakistan’s players did not feature in the SA20 auction because of a combination of – at the time – their international home schedule but also suspicions that they would not find a place in a league in which all six franchises are owned by IPL teams. No Pakistani players have been given NOCs for the ILT20 either. The beneficiary could be the BPL which emerges as a destination for some of them in that newly opened window.
Tags: Big Bash League, International League T20, Pakistan, SA20, West Indies