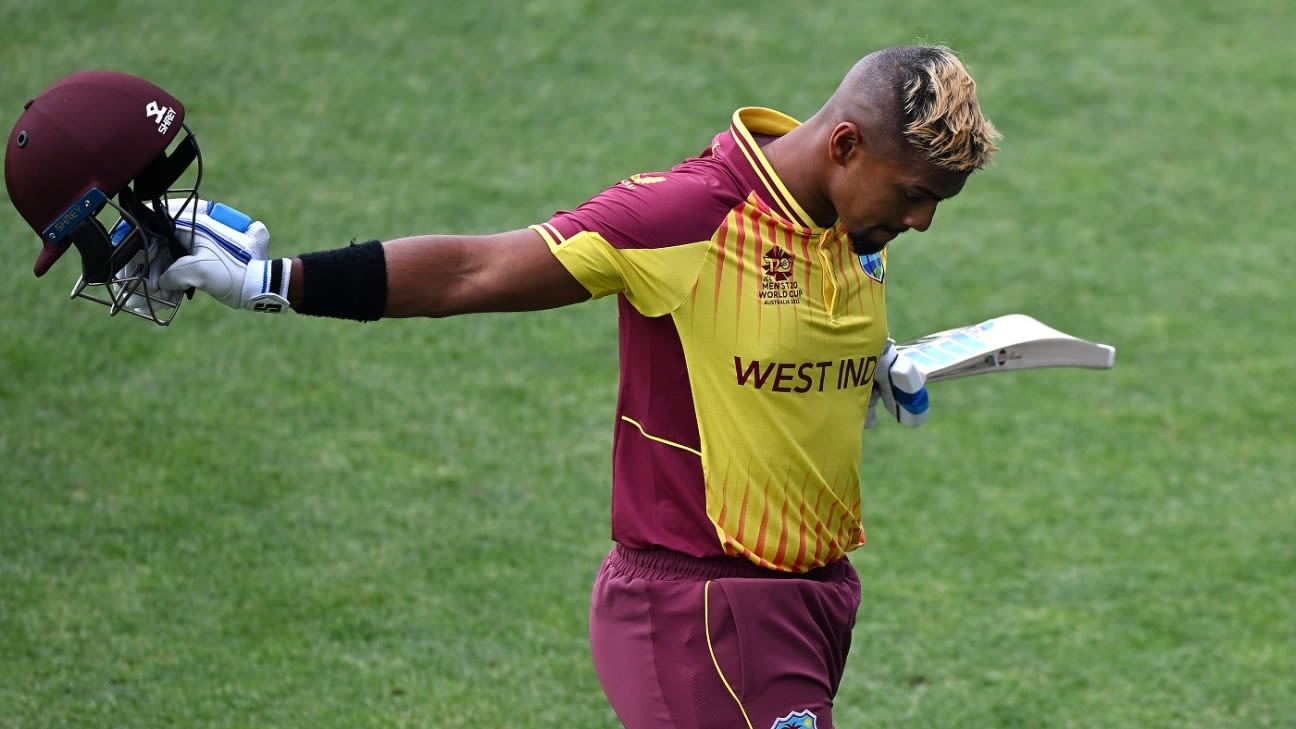 Ricky Skerritt, the Cricket West Indies president, has promised a “thorough postmortem” in a scathing assessment of the team’s early exit from the 2022 T20 World Cup.
In a statement posted on CWI’s website and on Twitter, Skerritt laid the blame firmly at the feet of West Indies’ batters, saying their poor shot selection and failure against spin was key to the two-time champions bowing out in the first round of the tournament in Australia.
Sri Lanka, Netherlands, Zimbabwe and Ireland – who defeated West Indies by nine wickets on Friday – advanced to the Super 12s with two wins from three matches apiece in the first round.
“I am deeply disappointed with the performance results of our team in Australia and I appreciate the sense of utter frustration that is being experienced by many,” Skerritt’s statement said. “The ongoing inability of our batsmen to prevail over opposing slow bowling continued to be an obvious weakness in Australia, and untimely shot selections seem to be deeply embedded in the T20 batting culture of our senior team.”
West Indies have lost six of the eight matches they have played in T20 World Cups since their 2016 final triumph in India.
Related
In their opening match of this edition, they were bowled out for just 118 chasing 161 against Scotland before managing to defend a modest 153 for 7 against Zimbabwe, thanks to Alzarri Joseph’s 4 for 16 and Jason Holder’s 3 for 12. But Ireland easily overhauled their 146 for 5 on Friday to cruise into the next round. West Indies noticeably struggled against spin through the middle overs in all three of their games.
Brandon King’s unbeaten 62 off 48 balls was the sole bright spot of West Indies’ innings against Ireland after they inched their way to 41 for 2 in the powerplay, scoring just five fours and one six in that time. In contrast, Ireland struck six fours and four sixes in the first six overs of their chase.
Against Zimbabwe, Johnson Charles – replacing King, who was ill at the time – was West Indies’ top-scorer with 45 off 36 balls, and only four West Indies batters reached double figures against Scotland in a display coach Phil Simmons described as “unprofessional”.
Skerritt went on to say that he was determined to find a solution to West Indies’ slide.
“I want to assure stakeholders that a thorough postmortem will be carried out on all aspects of our World Cup preparation and performance and that solutions will be found in keeping with CWI’s strategy to improve the quality and sustainability of cricket on all fronts, and in all formats.
“West Indies cricket is bigger than any one individual or event and continues to need the input and support of all stakeholders.”
Tags: ICC Men's T20 World Cup, West Indies, West Indies vs Ireland