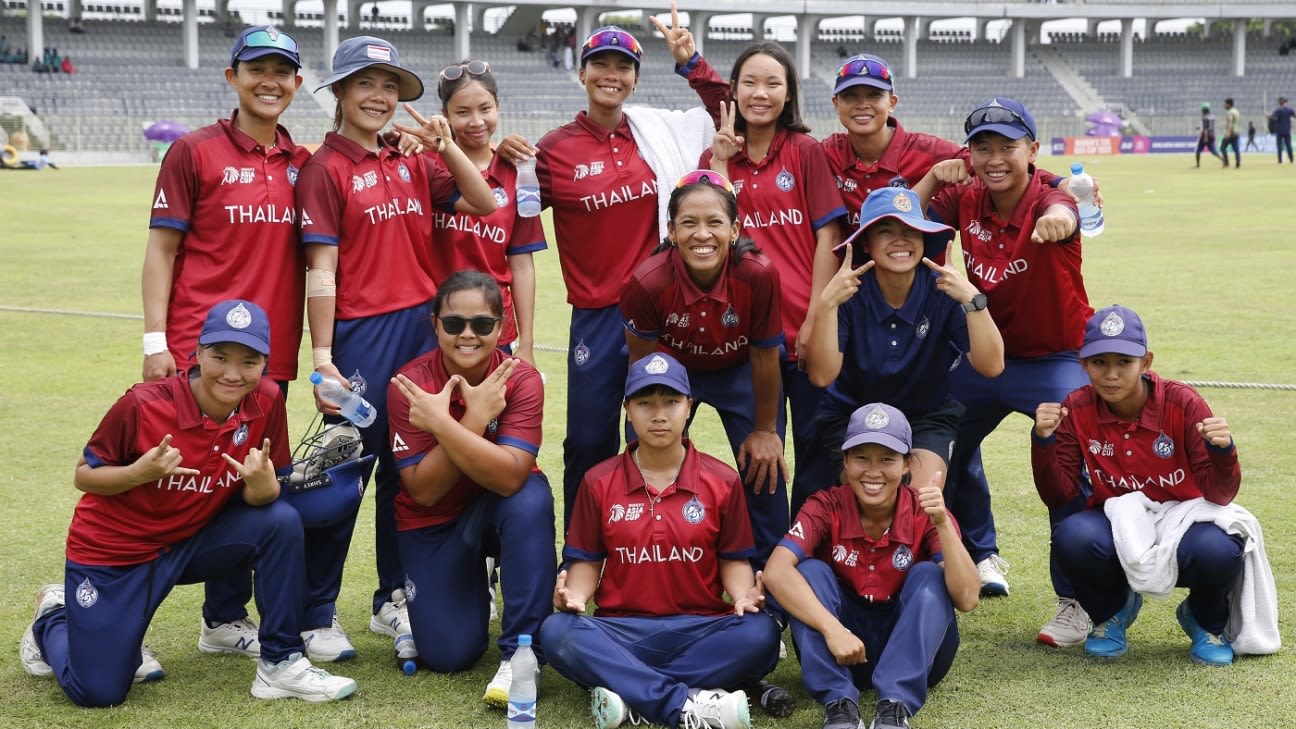 Thailand have confirmed their place in the semi-finals of the Women’s Asia Cup for the first time, after Bangladesh’s last league game against UAE on Tuesday morning was washed out. Bangladesh – the defending champions and hosts – needed two points to finish fourth and take the last available semi-final spot, but they got only one point from the abandoned game and ended in fifth place.
While Bangladesh won only two out of six games, Thailand won three: they defeated UAE, Malaysia, and most significantly Pakistan by four wickets to finish on six points.
Thailand’s success at the Asia Cup has been powered by their openers Nannapat Koncharoenkai and Natthakan Chantham, and the captain Naruemol Chaiwai who usually make up the top three in their batting line-up. With the ball, left-arm spinner Thipatcha Putthawong is among the top five wicket-takers with eight scalps.
Until 48 hours ago, Bangladesh looked set for a semi-final place to try and defend their Asia Cup title. They needed two points from their last two matches, but they lost to Sri Lanka in a rain-shortened match, where they failed to chase 41 in seven overs. With two overs left in the chase, Bangladesh were 27 for 2, needing 14 to win off 12 balls, but they lost four wickets in the penultimate over bowled by Inoka Ranaweera and eventually suffered a four-run defeat. On Tuesday against UAE, Bangladesh had the opportunity to bounce back and earn two points but rain ruined their chances.
Thailand will now play table-toppers India in the first semi-final on Thursday morning, while the second semi-final will be played between Pakistan and Sri Lanka on Thursday afternoon.
Tags: Bangladesh, Bangladesh Women, Bdesh Wmn vs UAE Women, Nannapat Koncharoenkai, Naruemol Chaiwai, Natthakan Chantham, Thailand Women, Thipatcha Putthawong, Women's Asia Cup