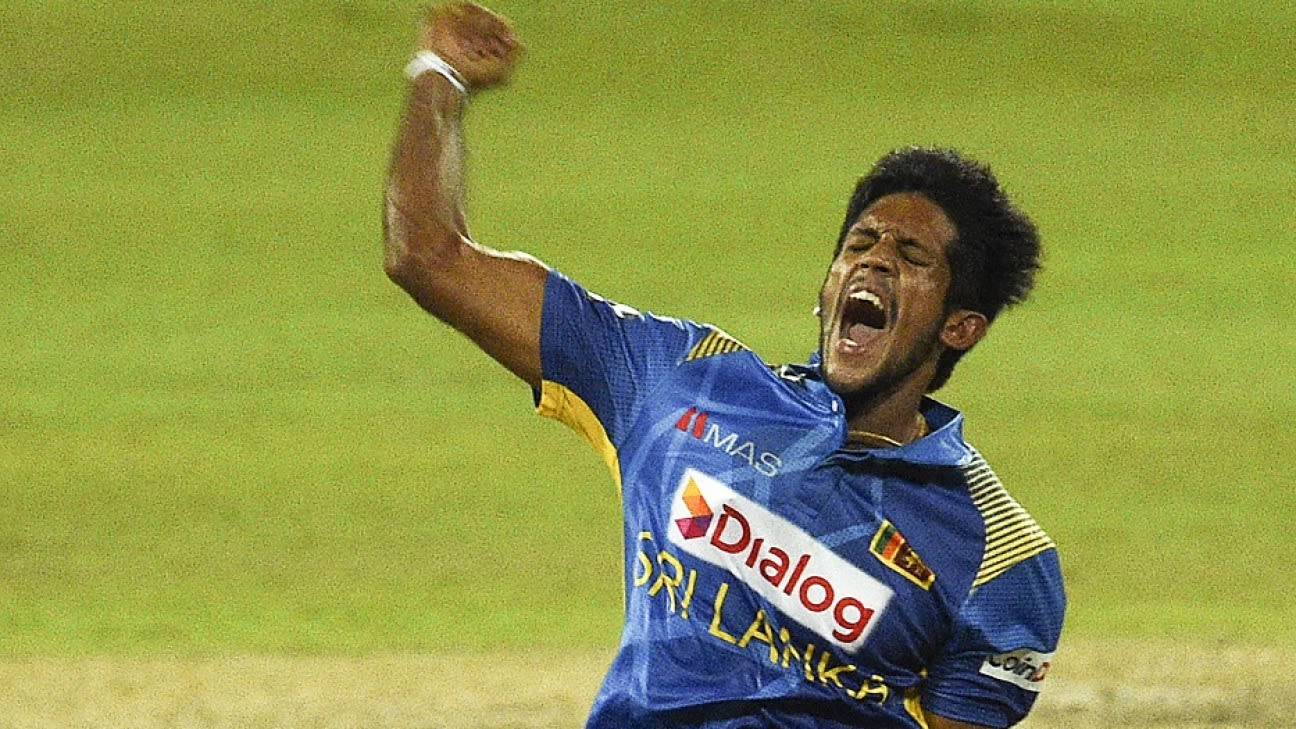 Right-arm fast bowler Kasun Rajitha has replaced fellow speedster Dushmantha Chameera, who suffered a grade two tear in the calf of his left foot, in Sri Lanka’s T20 World Cup squad. Rajitha, who last played a T20I in October 2019, is in Sri Lanka and will travel to Australia as soon as possible.
In addition to Chameera, batter Danushka Gunathilaka has also been ruled out of the T20 World Cup due to a hamstring tear. Ashen Bandara, one of the travelling reserves, will replace him. Gunathilaka had missed the match on Tuesday.
Chameera winced and walked out of the field after bowling the last over of his spell in Sri Lanka’s win over UAE. The injury is connected to his ankle and calf issue that kept him out of the Asia Cup last month. Arjuna de Silva, head of SLC’s medical advisory committee, confirmed to ESPNcricinfo that Chameera will be undergoing an ankle surgery and said, “The previous injuries were on the anterior part of the ankle, but this is in the calf. It’s a grade-two tear.”
Rajitha was called up to the T20I squad for the home series against Australia in June but did not get a game. He then picked up a sole wicket in three outings for SLC Blues in the SLC Invitational League in August, which was his last T20 outing. His last international match, though, was the Test against Pakistan in July this year.
Meanwhile, Tymal Mills has replaced Reece Topley, who injured his left ankle, as a like-for-like in England’s squad. Topley had suffered the injury after standing on the boundary cushion during a fielding drill ahead of England’s warm-up match against Pakistan.
For UAE, travelling reserve Fahad Nawaz replaced Zawar Farid, who fractured his left foot.
Tags: Ashen Bandara, Danushka Gunathilaka, Dushmantha Chameera, England, Fahad Nawaz, ICC Men's T20 World Cup, Kasun Rajitha, Sri Lanka, Tymal Mills, United Arab Emirates