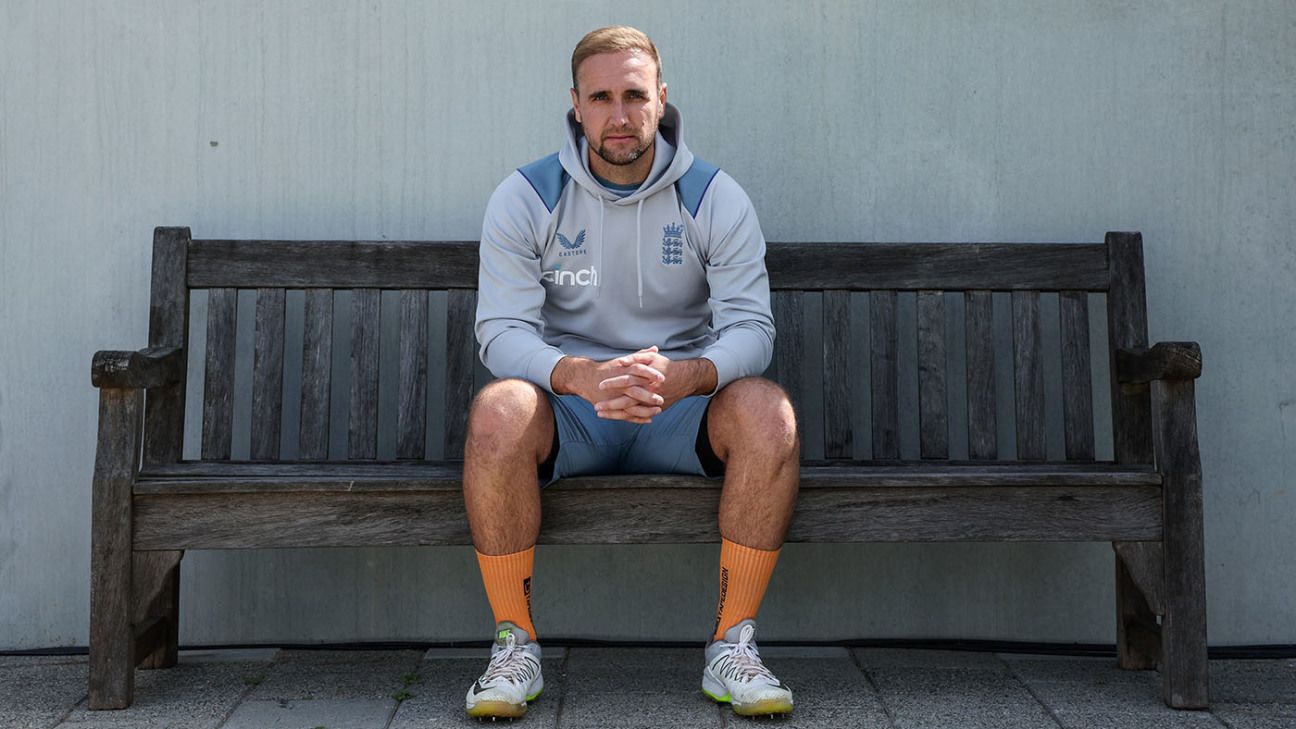 Liam Livingstone has said he can see “light at the end of the tunnel” as he targets England’s final T20 World Cup warm-up match, against Pakistan on October 17, as a possible comeback from an ankle injury.
Livingstone suffered the injury during the Hundred when he tripped on a kerb and spent several weeks in a moon boot after sustaining ligament damage in his left ankle. He arrived in Perth last week but is not expected to play any part in England’s ongoing three-match series against Australia, having missed their 4-3 series win in Pakistan.
“Finally, we’re at the exciting part of the rehab,” Livingstone told the PA news agency. “We’re getting close and can see light at the end of the tunnel. I’m excited to be back out there and back playing.
“In my head, I’m aiming for the warm-up game against Pakistan but if I push it too hard, too early, you knock yourself back. We’re trying to get that balance right: push it as hard as we can without aggravating it.”
Related
England have been keen to play down Livingstone’s prospects of being fit and ready to go in time for the start of the World Cup and with Harry Brook, Moeen Ali and Sam Curran all impressing in lower-middle order roles over the last month, they do not need to rush him back ahead of schedule.
“I wouldn’t want to go into a game not being 100 percent,” Livingstone added. “Ultimately, there’s no selfish reasons to do that. I don’t think that’s the right thing for me to do.
“We’ve got an unbelievable squad out here and I certainly wouldn’t want to be representing my country at 90 percent. It’s improving really quickly. It’s got much better quicker than I thought it was going to.”
Livingstone added that he felt like “a new man” after a rare break from the game in September. “Maybe I just needed a break,” he said. “I’d pretty much played three years of solid cricket so it’s been nice to spend a bit of time at home.
“I’ve seen this injury as a real positive for me because it’s given me time to get away from cricket. I went away for a holiday with my family to Portugal and literally came back a new man. You don’t quite realise it until you’ve done it.
“Mentally, the break’s done me a world of good. Now I feel like I’m that kid again in the back garden, wanting to play cricket every minute of the day.”
Tags: Australia, England, England in Australia, Liam Livingstone, Pakistan