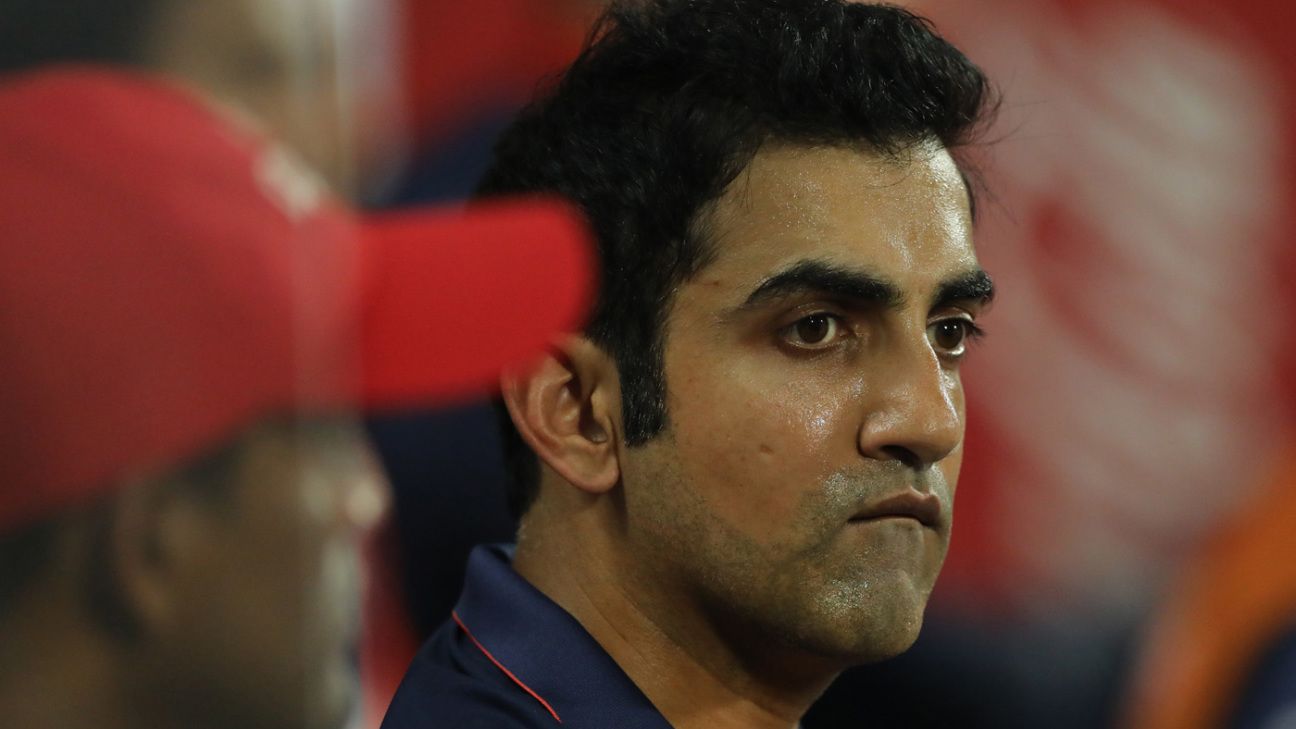 After mentoring Lucknow Super Giants to a top-four finish in the IPL in their maiden outing, former India batter Gautam Gambhir has been elevated to the role of “global mentor” by the Sanjiv Goenka-led RPSG Group. That means Gambhir will also mentor the Durban Super Giants franchise in the new SA20 competition – a team that the RPSG Group acquired in July 2022 – in addition to his role with the Lucknow franchise.
“He is one of the sharpest cricketing minds going around,” a statement from the RPSG Group read. “The group feels he can not only add value in Indian conditions but across the cricketing map as well.”
Gambhir, a two-time IPL winning captain, was present in the dug out for all of Super Giants’ games in the IPL, and was a key member of the Lucknow franchise’s think-tank at the auction too. He was visible in the field during strategic time outs and regularly addressed the team in post-match dressing room debriefs as well.
“In my ideology of a team sport, designations don’t play much role,” Gambhir was quoted as saying in the statement. “At best, they are there to facilitate a process to make a team win. As a global mentor of Super Giants I look forward to some added responsibility.
“My intensity and passion to win have just got international wings. It will be a proud moment to see the Super Giants family leave a global imprint. I thank Super Giants family for showing that faith in me. Guess it’s time for some more sleepless nights.”
Gambhir will now also be working closely with the Durban franchise’s head coach Lance Klusener. On Friday, Klusener stepped down as batting coach of the Zimbabwe men’s team to “pursue professional engagements around the globe.”
The Durban franchise has a few other crossovers from the Lucknow team, with Quinton de Kock, Jason Holder and Kyle Mayers part of both teams. Those three were among five players signed up by the franchise ahead the SA20 auction, while the likes of Reece Topley, Dwaine Pretorius, Heinrich Klaasen, Keemo Paul, Keshav Maharaj, Kyle Abbott, Dilshan Madushanka and Wiaan Mulder were added during the auction.
The inaugural edition of the SA20 competition starts on January 10 next year and will be a 33-match competition featuring sides representing Durban, Johannesburg, Paarl, Cape Town, Pretoria and Gqeberha. All six teams have been bought by owners of IPL teams.
Tags: Durban Super Giants, Gautam Gambhir, India, Lucknow Super Giants, SA20