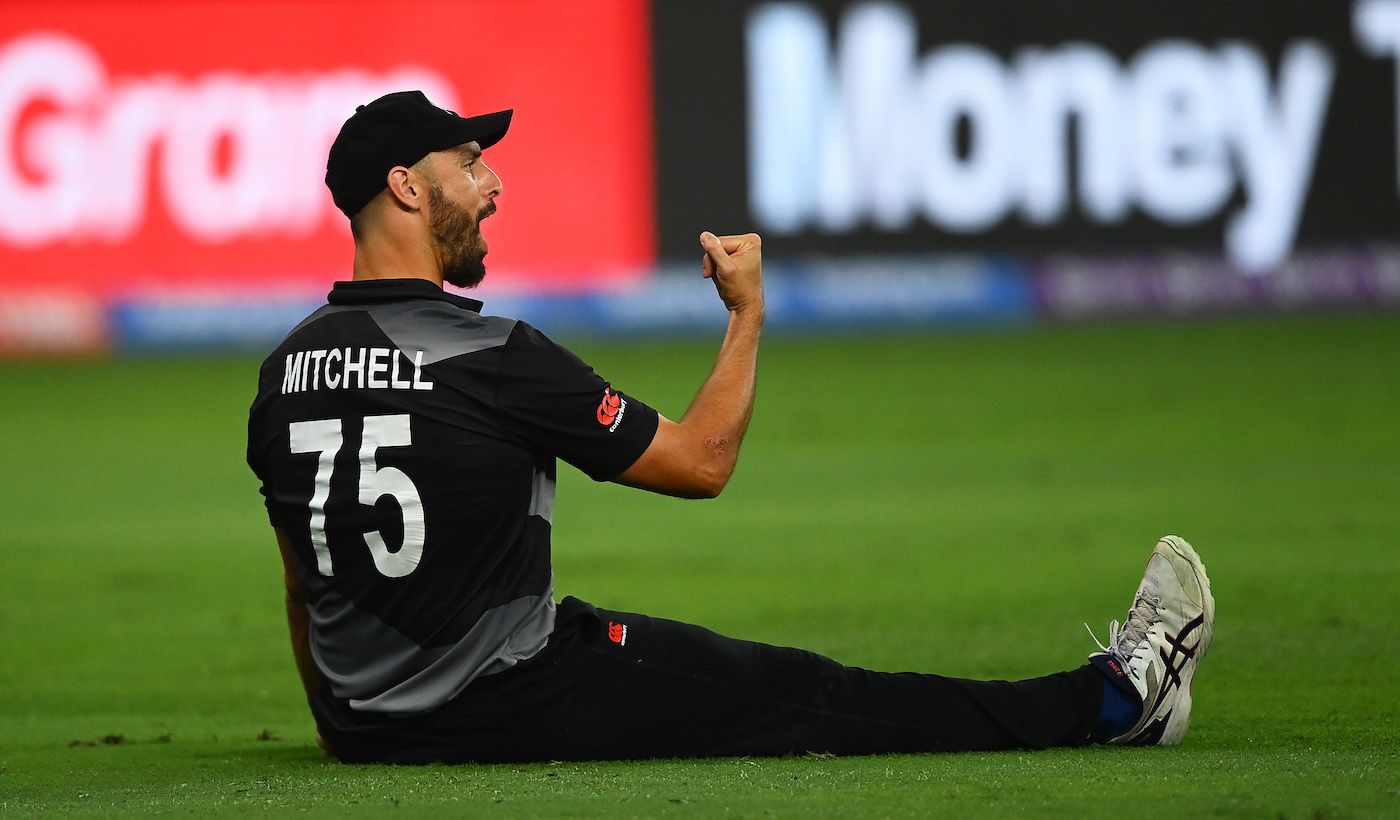 New Zealand allrounder Daryl Mitchell has been ruled out of the ongoing home tri-series against Bangladesh and Pakistan with a fractured finger and his participation in the T20 World Cup could be in doubt as well.
Mitchell suffered the fracture when he got hit on the little finger of his right hand while batting in the nets ahead of New Zealand’s first game of the tri-series against Pakistan in Christchurch on Saturday.
Dane Cleaver, the wicketkeeper-batter who has played seven T20Is, has been called into the tri-series squad.
With Mitchell’s hand in a cast for at least two weeks, New Zealand coach Gary Stead said that they would defer the decision on whether the allrounder could play the T20 World Cup. New Zealand are scheduled to leave for Australia on October 15.
“It’s a real shame for Daryl to suffer this injury on the eve of an exciting period of cricket for the side,” Stead said. “Daryl’s become a really important player to our T20 unit and we’re certainly going to miss his all-round skills and versatility in the tri-series.
“With our first game of the World Cup in just over two weeks we need to take some to consider Daryl’s recovery timeline and his potential involvement in the tournament.”
Mitchell shot to prominence in the semi-final of the 2021 T20 World Cup, when his unbeaten 72 led New Zealand to victory against England. Since then, he has become a key part of the New Zealand team across formats.
He was the highest run-scorer in the Test series in England this summer, scoring 538 runs with three centuries in six innings. And in T20 internationals since the 2021 World Cup, Mitchell has scored 301 runs at a strike rate of 144.71 in 13 innings.
New Zealand are in Group 1 of the Super 12 stage along with Australia, England, Afghanistan and two qualifiers from the first round. They kick off the Super 12 stage against defending champions Australia – a replay for last year’s final – at the SCG on October 22.
Tags: Daryl Mitchell, ICC Men's T20 World Cup, New Zealand, New Zealand T20I Tri-Series