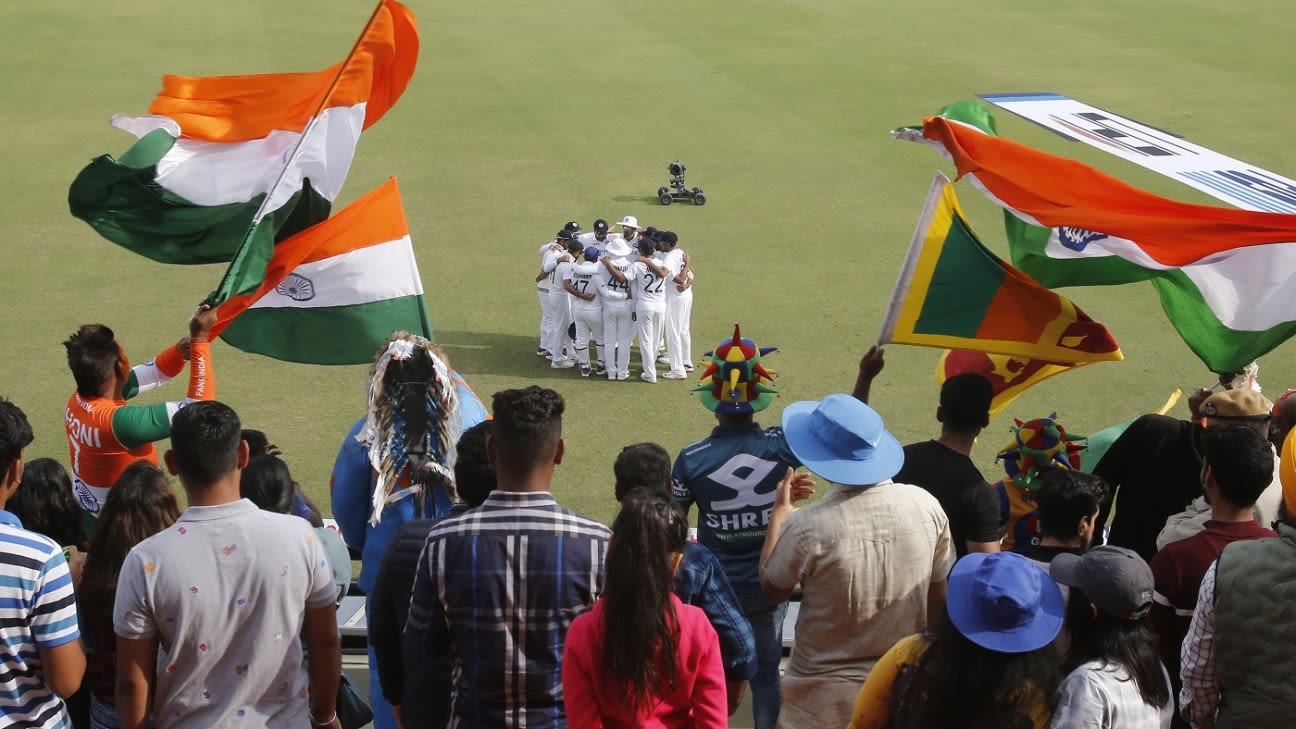 India will arrive in Bangladesh on December 1 to begin their tour comprising three ODIs and two Tests. The Bangladesh Cricket Board (BCB) announced the tour schedule on Thursday, with Dhaka set to host all three ODIs and one Test, and Chattogram the other Test.
The tour begins with the ODI series, which will be played on December 4, 7 and 10 in Dhaka. The touring party will then move to Chattogram to play the first Test at the Zahur Ahmed Chowdhury Stadium from December 14 to 18, after which they return to Dhaka to play the second Test from December 22 to 26. India are set to depart Bangladesh on December 27.

Both Tests are part of the ICC World Test Championship, where India are currently in fourth place with 52.08 percentage points while Bangladesh are last in the nine-team championship with 13.33 percentage points.
For India, the Test series is crucial to their hopes of qualifying for the WTC final, which will be played at The Oval in June 2023. After the two Tests in Bangladesh, their final assignment in the 2021-23 cycle is a four-Test home series against Australia in February-March 2023.
The last time India went on a multi-format tour of Bangladesh was in 2015. That time around, the only Test was drawn while Bangladesh won the ODI series 2-1.
Tags: Bangladesh, ICC World Test Championship, India