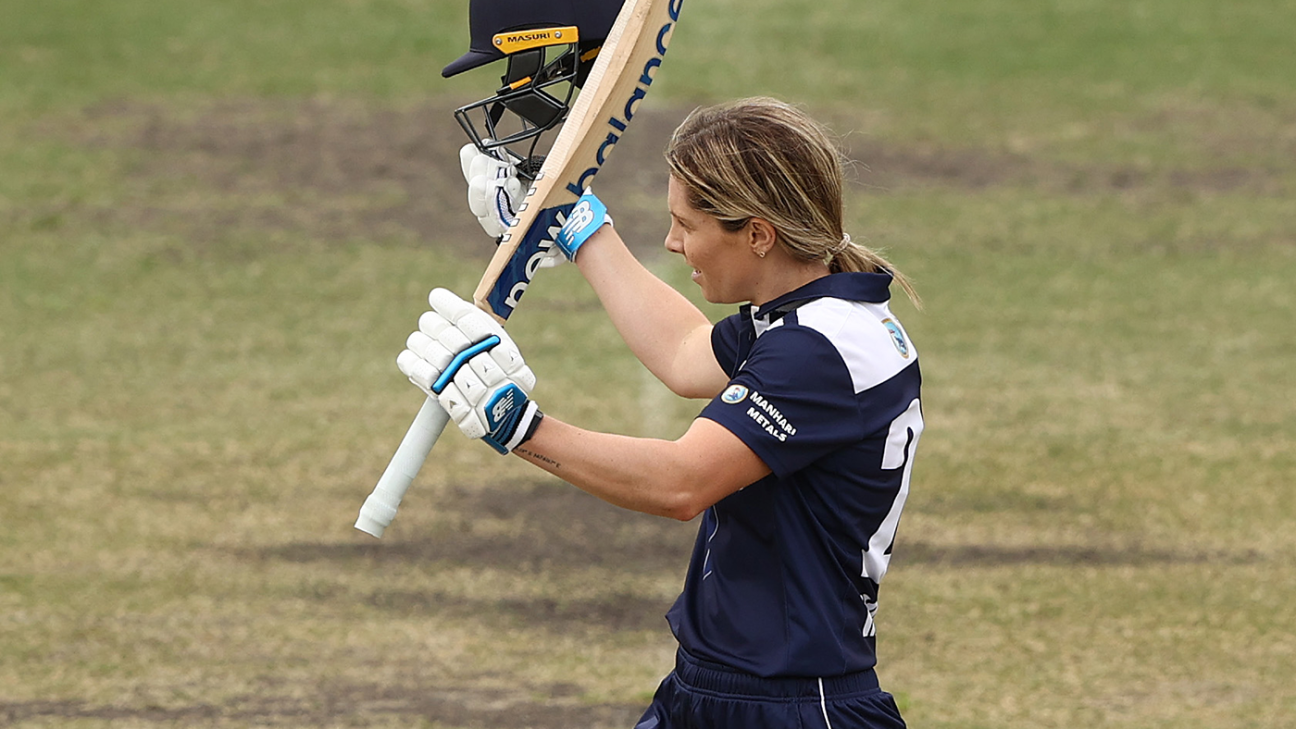 Victoria 9 for 281 (Molineux 113, Sutherland 68, Moloney 3-29, Graham 3-50) beat Tasmania 235 (Villani 73, Day 5-41) by 46 runs
Sophie Molineux’s maiden WNCL hundred and a five-wicket haul for Sophie Day took Victoria to their first win of the season with a 46-run victory over Tasmania.
Molineux’s 113 off 116 balls, the latest in a long list of centuries in the tournament this season, was the cornerstone of a strong batting display. She formed a 129-run stand for the third wicket with Annabel Sutherland who continued her own impressive form with 68 off 76 balls to follow two hundreds.
That followed a second-wicket partnership of 92 in 16 overs with Ellyse Perry which laid the foundation for the innings.
Molineux brought up her hundred from 102 balls before becoming one of Sasha Moloney’s four wickets as she finished with outstanding figures in a sizeable total.
Victoria’s didn’t close particularly well with the bat, losing 7 for 38 in the final seven overs but it did not end up proving costly.
However, it looked like it could do when Tasmania reached 1 for 127 in the 25th over with Elyse Villani and Nicola Carey, who scored a century in the previous match, forging a good partnership.
But Day, the left-arm spinner, changed things when she removed Villani and did considerable damage to the middle order. When she had Carey caught in the deep it was a massive dent in Tasmania’s chances although Emma Manix-Geeves and Moloney kept some hope alive before Day claimed her fifth wicket.
The WNCL now breaks for the WBBL which begins next week and resumes in December.
Tags: Annabel Sutherland, Elyse Villani, Sophie Day, Sophie Molineux, Tasmania Women, VIC Women vs Tas Women, Victoria Women, Women's National Cricket League