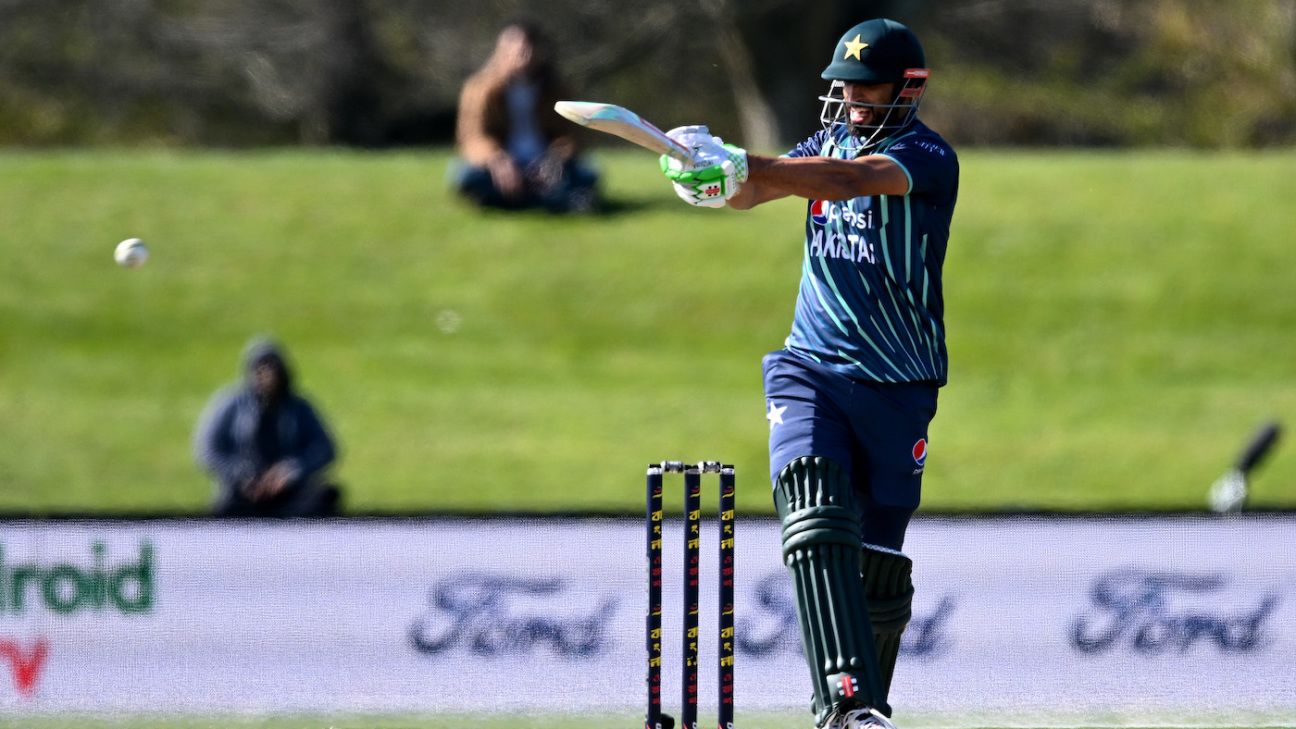 Pakistan batter Shan Masood was taken to hospital after suffering a blow to the side of his head during a training session in Melbourne. Later, the PCB management said that the scans from hospital only showed a superficial bruising where the ball struck him, adding that Masood’s neurological observations were normal and he currently remains asymptomatic for concussion.
Masood was struck by a stray shot off the bat from Mohammad Nawaz; as Masood was not batting at the time, he was not wearing a helmet.
Masood fell to the ground and looked in pain. He was soon attended by the team doctor.
The incident occurred as Pakistan trained at the MCG ahead of their first group match against India on Sunday. ESPNcricinfo understands there were no immediate signs of alarm following the blow, with Masood conscious and reporting no concussion symptoms.
“He was hit awkwardly in a sensitive area. I don’t know his current status, but he has passed the tests taken by our physio,” Pakistan vice-captain Shadab Khan said after the incident. “Now, he’s gone to the hospital for a scan. We’re praying for his quick recovery.”
Masood has become a regular starter in the Pakistan T20I side in the build-up to the World Cup, finding a home at number three. He made his debut in the format against England, going on to play all seven T20Is against them in Pakistan, and all of Pakistan’s games in the tri-series against New Zealand and Bangladesh. He scored two half-centuries against England, but had a more difficult time in the tri-series, and was expected to be replaced in the starting XI by Fakhar Zaman.
Tags: ICC Men's T20 World Cup, Pakistan, Shan Masood